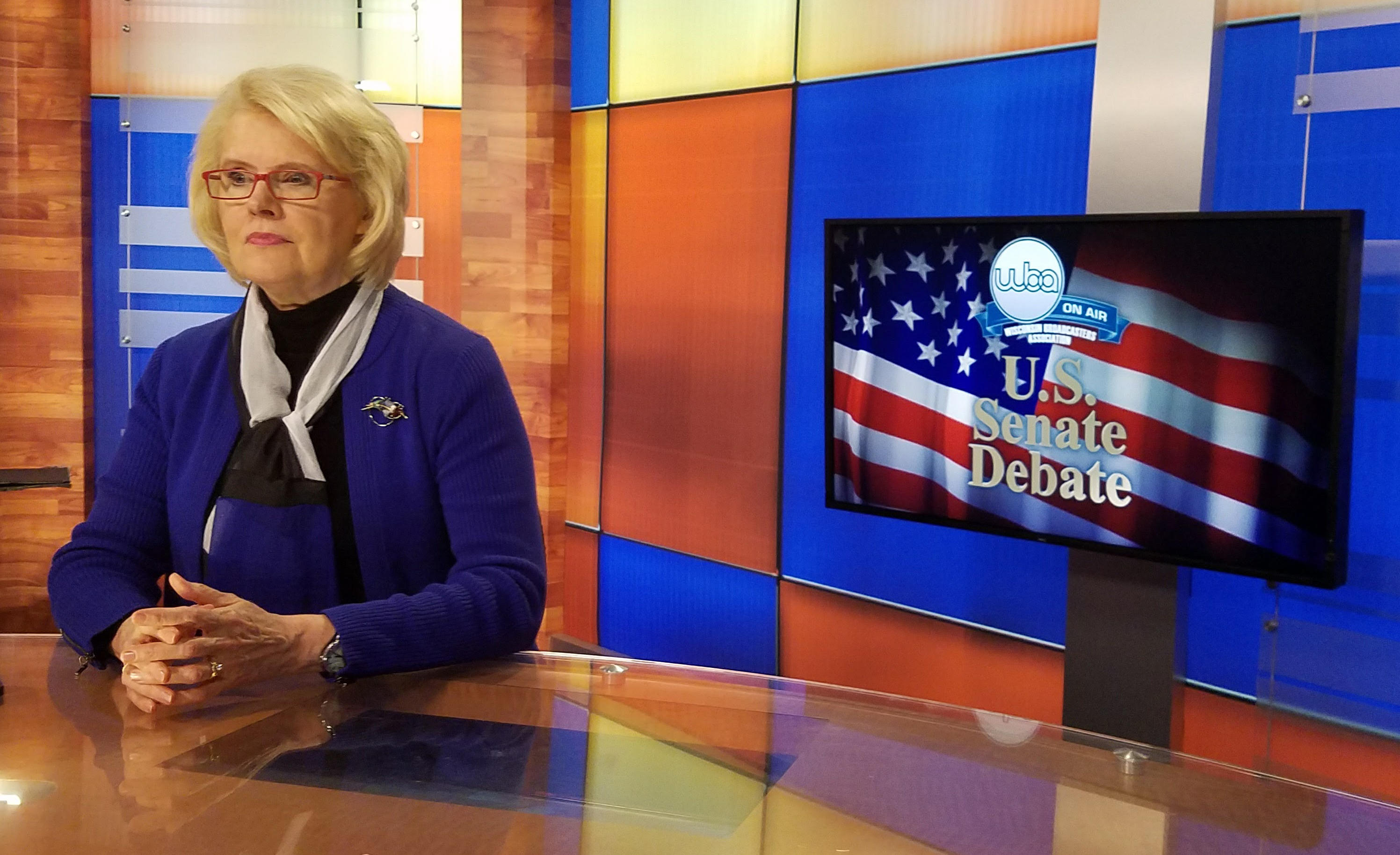 The date of the gubernatorial debate was changed and is now Oct. 19 at 8 p.m. Read more here.

The WBA Foundation Board will continue its 30-year tradition of holding statewide televised debates for Wisconsin’s voters by airing debates in the Wisconsin Governor and the U.S. Senate races.

Both hour-long debates will be made available to radio and television stations throughout Wisconsin for live or delayed broadcast.

“The WBA Foundation is honored to provide these important debates to Wisconsin’s voters as part our 30-year history of using these debates to promote the civic and political process.” WBAF President and CEO Michelle Vetterkind said.

Both debates will be moderated by veteran television debate moderator and WBA Hall of Fame inductee Jill Geisler. Geisler holds the Bill Plante Chair in Leadership and Media Integrity at Loyola University Chicago. She’s from Wisconsin and was one of the first female news directors of a major market affiliate when she was news director at WITI in Milwaukee. She moderated the WBAF 2016 debate between Sen. Ron Johnson and Sen. Russ Feingold.

A group of panelists in each market will be tasked with researching questions to pose to the candidates. Both debates will include a panelist who will use social media to ask questions from the viewing audience. Bios of the panelists are attached to this release.

The WBA encourages its members to inform the public by airing this debate and their own programming to help educate voters ahead of the election.

Further details about the debate will be released at a later date.

Questions or inquiries about the debates should be directed to debate@wbafoundation.org.

Bios of the moderator and panelists and debate criteria are available in this downloadable version of the release.