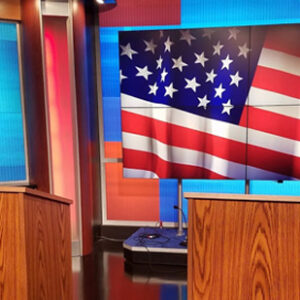 The WBA Foundation is rescheduling its planned statewide televised gubernatorial debate because of a campaign-related scheduling conflict.

The debate, previously scheduled for Oct. 5, is now scheduled for Friday, Oct. 19 at 8 p.m. It will still be held at WMTV-TV in Madison. Jill Geisler will moderate the debate. Republican Governor Scott Walker and Democratic challenger Tony Evers have agreed to participate.

The WBA Foundation was advised that the Evers campaign had a scheduling conflict and the WBA worked with both parties to find an agreeable date.

“This statewide debate is a 30-year public service tradition for the WBA Foundation,” WBA President and CEO Michelle Vetterkind said. “As such, the Foundation was eager to overcome the scheduling issue to get this debate on the air.”

U.S. Senate candidates Democrat Sen. Tammy Baldwin and Republican challenger Leah Vukmir are still scheduled to participate in a debate hosted in the Wausau/Rhinelander market on Saturday, Oct. 13 at 7 p.m.

The hour-long debates will be made available to radio and television stations throughout Wisconsin for live or delayed broadcast.

The WBA encourages its members to inform the public by airing these debates and their own programming to help educate voters ahead of the election.

The debates are sponsored by the Wisconsin Association of Independent Colleges and Universities.

Questions or inquiries about the debates should be directed to debate@wbafoundation.org.