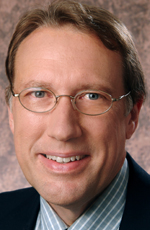 Glen Moberg embodied the ideals of local journalism during his almost 50-year career.

Glen moved to Wausau from Chicago in 1993 to serve as news director and anchor at WSAW-TV and later assignment manager for WAOW-TV. In 2003, he joined Wisconsin Public Radio as a reporter and talk show host.

Before that, he served as a network correspondent for WFLD-TV Fox News Chicago. He also created and led a cable television news department that served 10 communities in Chicago’s western suburbs.

In 2004 he co-created and hosted “Route 51,” putting a spotlight on regional issues and personalities. He produced and moderated numerous forums for local and statewide elections, including two U.S. Senate debates.

Glen served on influential boards of directors and emceed local events. He received more than 40 broadcast journalism awards at Wisconsin Public Radio. The people he hired and mentored are still serving the public in their own successful careers.

Glen retired in February to fight cancer. He was inducted in June as a WBA Local Broadcast Legend.