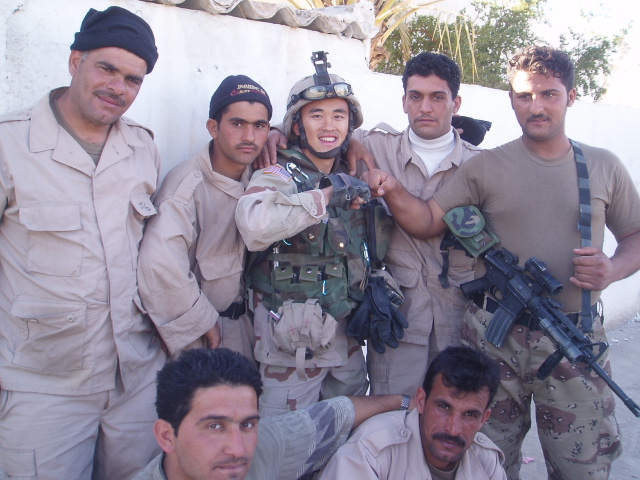 One night in December 2004, Yauo Yang of Merrill was on patrol in Samarra, Iraq with the U.S. Army when a giant IED detonated. The sheer terror of the moment caused him to make a promise to God, should he make it home alive. Retired Legal Chief Lorrie McNeal Saylor of Kenosha enlisted in the U.S. Navy right out of high school in 1979. She remembers being present when women were first able to serve on board ships, and credits her service to her passion for engaging with people and cultures different from her own. Madison’s Jim Blankenheim recalls the moment he walked in the door when he returned home from Vietnam. His dad gave him a big hug. “ In my entire life,” Blankenheim says, “he never hugged me like that.”

These are just a few examples of stories collected in a partnership between Wisconsin Public Radio (WPR) and StoryCorps’ Military Voices Initiative (MVI). The project aims to preserve the memories and insights of Wisconsin veterans and their families. WPR and MVI recorded thirty-eight conversations from Aug. 24 to Sept. 4, 2020. Eight of them have aired on WPR’s “Wisconsin Life.” They are now available at wpr.org/mvi

Nearly half a million people of all backgrounds and beliefs have recorded a StoryCorps conversation. The organization preserves the recordings in its archive at the Library of Congress, the largest single collection of human voices ever gathered. In a StoryCorps interview, two people are able to record a meaningful conversation with one another about who they are, what they’ve learned in life, and how they want to be remembered.

StoryCorps’ MVI builds on this notion and contributes to StoryCorps’ diverse collection by recording and preserving the stories of veterans, service members, and military families. It is an opportunity for them to share their experiences in their own words. It is also an opportunity for civilians to understand more clearly the complex realities of veterans’ service and sacrifice.

StoryCorps’ MVI is made possible by the Corporation for Public Broadcasting (CPB).