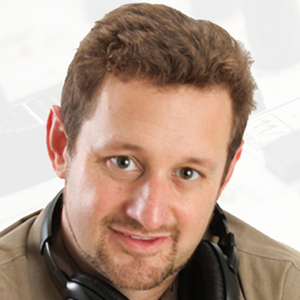 Podcast Movement is a weeklong conference that brings together thousands of podcasters and industry representatives for learning sessions as well networking opportunities. I attended this year’s event which took place in Dallas, Texas. Here are my top takeaways:

1. Podcasters are talking about how to best implement programmatic advertising.

Programmatic advertising for podcasts has been seen as an opportunity to monetize both by large companies with many shows, and niche creators in the long tail looking for revenue opportunities. Many podcasting companies have made acquisitions in recent years to implement this form of digital marketing, including iHeart’s acquisition of Triton Digital and Spotify’s purchase of Whooshkaa.

The question now becomes how to best take advantage of this new programmatic ad insertion feature. After all, practitioners have long championed the effectiveness of ads read by hosts over the highly produced commercials found on traditional media.

Tom Webster of Sounds Profitable presented research on the effectiveness of three different types of ads, including ad-libbed live reads, scripts read by hosts, and scripts read by third-party announcers. He found that while ad-libbed host reads performed slightly better, an announcer can provide more credibility for a business, so he recommended a mix of both.

One of the major concerns for advertisers who are using programmatic advertising is ensuring that their ads don’t appear in podcasts which may offend customers or be a mismatch with their products. This problem was addressed by two separate sessions on brand safety led by Mike Chen of Triton Digital and Dan Daugherty from Sounder.fm.

The number of people who feel there are too many commercials in their favorite podcasts is concerning. The opening keynote address, given by Gabriel Soto of Edison Research, showed that 36% of survey respondents feel television plays too many ads while 23% said the same about radio. Only 10% saw podcasts as an issue in this regard, but that number has doubled in recent years. Another study conducted by NuVoodoo also found that 54% of participants complained about too many commercials in some shows.

The conference’s discussion centered around the difference between “good” podcast ads and “bad” ones. A podcast’s ads might be bad because they’re too loud or overproduced, but sometimes it just comes down being a mismatch with the show’s content. The problem with ads may not be the content or tone, but that there are too many commercials. Even if you love an ad, its constant presence may irritate listeners.

3. Podcasters are looking to add video to their audio

Podcasting is all about storytelling, so it makes sense that one of the key topics at the conference focused on how podcasters could best take advantage video. While TikTok and Instagram Reels were part of this discussion, YouTube really lies at its heart.

There are many different opinions about how YouTube impacts podcast consumption. Researchers like Tom Webster of Sounds Profitable and Jeff Vidler of Signal Hill Insights contend that YouTube rivals Spotify and perhaps even Apple Podcasts for podcast consumption, while folks like Todd Cochrane of Blubrry and Rob Walch of Libsyn argue that very few of the top podcasters receive significant views on YouTube.

Faliciano shared some valuable lessons that Rooster Teeth has learned over the years. One of them is to diversify your revenue streams and not rely solely on ads. Rooster Teeth only relies on podcast advertising for a third of their revenue. Meanwhile, video opens up several new sponsorship opportunities for clients, including product placement and contextual links.

Dave Beasing, the founder of the branded podcast production house Sound That Brands, hosted a panel on how to sell branded podcasts to companies. In a shocking admission, Andy Kelly of iHeart Media revealed that when their clients first started producing branded podcasts, they would not always spend additional money promoting the finished product. When the company realized that their branded podcasts weren’t receiving many downloads, they changed strategies. Now, if a company commits to a large enough media spend, iHeart will produce a podcast for them at no additional cost.

This illustrates why established media companies have a major leg up when it comes to branded podcast production. Independent production houses may have the staff and expertise for these projects, but they lack one key tool: promotion. Radio and television stations can include promotion in one complete package.

Once again, I hosted the Podcast Makeover session at this year’s conference. A panel of broadcasting and podcasting professionals, including Allen Evans of KandA Media, Kellie Raspberry of the Kidd Kraddick Radio Show, Jess Kupferman of ShePodcasts, and Anna DeShawn of The Qube and E3 Radio, critiqued the first 30 seconds of seven different up-and-coming podcasts. This session is always a ton of fun and it provides valuable feedback every year.

Next year, Podcast Movement will be hosted in Denver. I hope to see you there!

The WBA Digital Hotline is a free service of the Wisconsin Broadcasters Association.  If you have any questions about podcasting, mobile, or more, contact Seth Resler at Seth@jacobsmedia.com