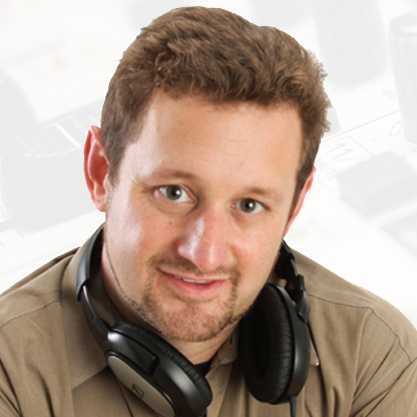 Podcast Movement is the largest podcasting conference in the world. This year, more than 3,000 podcasters headed to Orlando to attend the event. For the third year in a row, our company, Jacobs Media Strategies, hosted the Broadcasters Meet Podcasters track – three days of sessions specifically geared towards broadcasters.

Podcasting is for both radio and television broadcasters, despite the fact it’s only audio.  One of our sessions featured Steve Lickteig, the Executive Producer of Audio of NBC/MSNBC. Another featured podcasts created by local television stations in Boston and Detroit who created audio podcasts based on local true crime and unsolved news stories their station covered.

After a week of wandering the halls and talking to hundreds of podcasters, from hobbyists to corporate managers, here’s what we learned:

1. There’s more than one way to generate revenue.

When broadcasters think about podcasting, they gravitate towards the revenue model that they’re accustomed to: attract a large audience and sell ads. While this is where the majority of podcasting revenue comes from currently, there are other opportunities as well. Perhaps the most exciting of these is branded podcast production. Branded podcasts are podcasts produced for companies (including, but not limited to your station’s clients) to use as part of their marketing strategies. We hosted a session on branded podcasts featuring the hosts of podcasts for Jack Daniel’s and eBay. Representatives from other brands spoke at the conference as well — including NASA!

While companies are increasingly realizing that podcasts are a great way to engage their customers, few have the in-house resources to produce quality shows. This is a big opportunity for broadcasters, who have the expertise and the physical facilities to produce compelling shows for their clients. But many other organizations have also recognized the potential here, including ad agencies, video production houses, and solo entrepreneurs, so broadcasters should gear up to offer this service quickly.

There are other ways for podcasts to make money as well, including ticket sales from live shows and merchandise. One of the most interesting streams of revenue comes from “derivative content” – the sale of intellectual property when a podcast gets turned into a TV show, a movie, a book, or some other form of content. Conal Byrne, President of the iHeartPodcast network, predicted that Hollywood will increasingly look to podcasts for source material, and that, as a result, audio dramas will represent the next big wave in podcasting.

Is this an opportunity for traditional broadcasters? Perhaps, especially for news, talk, or sports stations that have an archive of material to mine. The session I mentioned earlier featured speakers from Washington D.C. radio station WTOP, Detroit TV station WDIV, Fox 25 News Boston, and Michigan Radio, who repurposed old footage and interviews into hit podcasts. Could they also sell the rights to Hollywood or Netflix?

2. Podcasting is attracting serious attention – both positive and negative.

Without a doubt, there were more “suits” floating around the conference than ever before. Big broadcasting names, like Westwood One, iHeartMedia, and ABC News, were touting their wares. This isn’t surprising given the huge influx of investment dollars we’ve seen in the podcasting space recently, from Spotify’s $430 million purchase of Anchor and Gimlet to Luminary’s high-profile $100 million launch.

But the increased attention also means increased scrutiny. While podcasters were gathered in Orlando, one of the medium’s most popular shows, Crime Junkies, was accused of plagiarism by journalist Cathy Frye. Suddenly, five of the show’s episodes were removed and host Ashley Flowers issued a vague non-apology. Now that podcasting is attracting sizable investments dollars, the enforcement of the rules is becoming more strident. Or as Biggie Smalls put it, “Mo’ money, mo problems.”

3. Popular music will be coming to podcasts soon.

Speaking of legal, podcasters have wanted to use popular music in their shows for years, but the process of wrangling the rights holders to get permission has usually proved to be an insurmountable barrier. The folks at PodcastMusic.com and Sound Exchange recognized this problem years ago, and have been quietly toiling away, trying to find a way to resolve it. At a session in our Broadcasters Meet Podcasters track, they announced that podcasters would be able to purchase licenses to use popular songs beginning in 2020.

Importantly, the licenses will be priced so that they are affordable for the average hobbyist, not just podcasters with big budgets. In fact, this is something that not only podcasters want, but artists and labels as well. They see it as a way to generate revenue from their back catalog. While many of the details have yet to be ironed out, the future of music in podcasts is looking bright.

Podcast Movement continues to grow and has become an important conference for both broadcasters and podcasters. We hope you’ll be able to join us for it next summer when the event comes to Dallas.

The WBA Digital Hotline is a free service of the Wisconsin Broadcasters Association.  If you have questions about podcasting, mobile, content marketing, social media, or more, contact Paul Jacobs at Jacobs Media at paul@jacobsmedia.com.