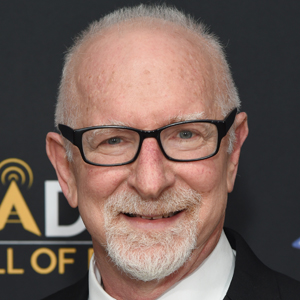 In January, my routine changed. Instead of getting away from the cold of the Midwest and boarding a Delta flight to Las Vegas right after the new year for CES – formerly known as the Consumer Electronic Show – I stayed home and took in the event virtually.

In fact, so did more than 150,000 others here in the U.S. and around the globe. CES is an always an amazing display of innovation and ingenuity, and in the midst of the pandemic, the Consumer Technology Association had to make a difficult pivot.

On a Microsoft platform not unlike Zoom, they pulled it off. Thousands of exhibits, keynotes, demos, and panels all showing off the latest and greatest in gadgets and technology. In “normal” years, my company – Jacobs Media – tours broadcasters through the Las Vegas Convention Center.

This year, we were forced to go the virtual route as well. And the good news is that 350 broadcasters, including representatives from your WBA, joined us for our modified tour.

Innovation and resilience were common themes this year, just as they have been at your television and radio operations since the onset of the pandemic.

The question we always hear is this: What innovations and tech did you see that will affect broadcasting in 2021 and beyond?

We always give the same answer – it’s not about devices and gadgets, it’s about trajectory of innovation, partnerships (Alexa in refrigerators), and systemic change – 5G, ATSC 3.0, etc. So, we’ve come up with three main thematic takeaways that transcends the trendiness of gadgets like drones and robots, and has direct effect on broadcasters.

A great case in point is appliance and electronics maker, LG. Typically, they lead with their amazing TVs – the OLED 8K beauties, as well as televisions with retracting and folding screens (similar to a window shade) or transparent screens.

But for CES 2021, they led with innovations that keep us safe: Air purifiers, high-tech face masks, and appliances that are more touchless and predictive of what we want to do in our homes.

As all of us in broadcasting know, this has had a big effect on media consumption – programs, channels, on-demand, subscription, and devices. Which leads us to . . .

For television, video streaming had a record-setting year where more people stayed home to binge watch TV series. Broadcasters had to find ways to attract viewers with live, local, and on-demand programming, along with connecting with their communities via social media and other tools.

On the radio side, many smart operators were ahead of the game, ensuring their programming was available on mobile devices, smart speakers, and in a growing number of cases, smart TVs.

There is no indication these shifts are going to slow down any time soon, so it’s incumbent on broadcasters to invest not only in distribution platforms, but also in their internal operation to ensure delivery of content and the ability to monetize it.

This move to EV is bold, setting up the competition between other U.S. automakers, Tesla, and countries like Norway that have gotten aggressive with electric innovation.

There is also more emphasis on the passengers – now being referred to as “co-drivers” – in terms of what they do in cars, the media they consume from expanded dashboards, and the data they generate.

Vehicles are increasingly equipped with multiple voice platforms: Apple (Siri), Amazon (Alexa), Google Assistant, and the manufacturers’ own guides, all designed to make content and commands easily accessible via voice.

And get ready for numerous screens in vehicles – for everyone except the driver – to access video content, gaming, and more.

The people we spoke to at CES, including CEO Gary Shapiro, believe the show will return to Las Vegas in January 2022, and everyone in broadcasting should consider attending (and let’s face it – it’s a lot warmer in Las Vegas in January than Wisconsin, so there’s that benefit also). But the virtual component this year was successful, allowing for more accessibility for people in the U.S. and around the world who can’t travel or afford a lengthy visit to Sin City.

Resilience and innovation were the keywords this year. And given the changes in the media landscape, they are likely to be prominent down the road.

Next year in Vegas. Maybe.