WBA Hall of Famer, pioneer for women in broadcasting dies 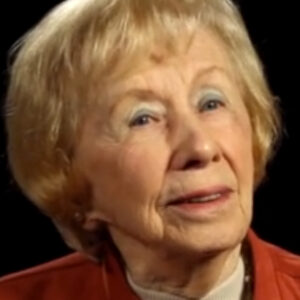 Jean Gitz Bassett, one of the first women broadcast station owners/managers in the nation and a member of the WBA Hall of Fame, has died.

Her broadcast career spanned over a 28 year period, beginning in 1955 at KRDO-AM, Colorado Springs and KOIA-AM, Des Moines. Gitz Bassett became part of a partnership that purchased WLCX-AM, La Crosse, in 1957. In addition to her ownership role, at WLCX-AM, from 1957 to 1983, she also served as the station’s program director for 20 years and then as its President and CEO from 1977 to 1983.

She was deeply involved in the La Crosse community, serving on a long and varied list of business, community development, and church organizations. She served as a member of the Wisconsin Broadcasters Association Board of Directors and was elected WBA Secretary from 1979-1983.

She wrote her own obituary which demonstrates her commitment to the community.

A memorial service is planned for Aug. 13 at 10:30 a.m. at First Presbyterian Church on West Avenue and Cass Street in La Crosse.