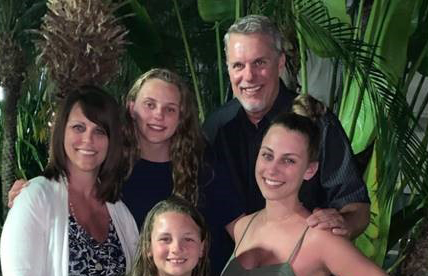 Brett Lucht, the Market Manager of Midwest Communications in Wausau, died Friday of an accidental drowning while on vacation. He was 50.

“Brett has been an important part of our family,” Midwest Communications President and CEO Duke Wright said. “He built and led a winning team of people in Wausau. We are all shocked and saddened by this tragic accident. Our prayers go out to his family.”

“For many of us, Brett is the only General Manager we’ve ever known,” said Chris Conley, Operations Manager. “Although you’d almost never hear him on-air, he shaped the sound of all five of our radio stations in Central Wisconsin. He either hired or approved the hiring of everyone you hear on-air. Brett was a great leader and a personal friend to so many of his co-workers. It is a devastating loss.”

Tom King said in his blog at wsau.com: “There are so many thoughts that swirl when someone you know passes suddenly. You think of potential unfulfilled. You think of what the person’s last thoughts were as the situation became reality. But mostly you think of the children. I didn’t know Brett that well outside of the office but I can say with some degree of certainty that his last thoughts were on his family. He doted on his wife and three daughters.”

Lucht is survived by his wife, Stacy, and three daughters. His sister Lisa is a marketing consultant for Midwest Communications’ WIXX in Green Bay.

Visitation will be held July 11 from 9 a.m. – noon with the service to follow at noon at Mount Olive Lutheran Church in Schofield. Helke Funeral Home, Wausau, WI assisting the family. Service will be live streamed on their website.

Special note: Mount Olive has graciously opened their doors to accommodate. The church’s capacity does allow for social distancing. Face masks are required as guests go through the receiving line and recommended during the service. Brett and Stacy’s church, Saint Andrew Lutheran will preside over the service.

A gofundme page has been set up to support Lucht’s family.