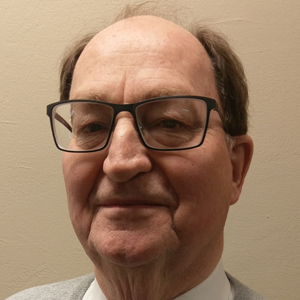 A member of the WBA’s Local Broadcast Legends is retiring after 32 years serving listeners and businesses in northern Wisconsin.

Jeff Wagner from Heartland Communications Group will retire in April. He was named a WBA Local Broadcast Legend in 2018.

“Jeff Wagner is the most respected Senior Statesman and leader in the radio broadcasting industry in Wisconsin’s northwoods,” according to Heartland CEO Jim Coursolle. “Jeff has left his positive mark on so many people whom he has touched in all his 42 years in small business of which 32 years were spent in radio broadcasting.”

Following that position, he became the General Manager of Badger Radio’s five-station cluster in Marinette/Menominee. In 2002, Wagner was named GM of WRJO and WERL, Eagle River, where he served until 2005. In 2005, Heartland purchased the Eagle River stations and Wagner continued in the position of Eagle River market General Manager and Regional Sales Manager.

In 2010, Wagner accepted the General Manager position with Results Broadcasting which owned stations WCYE and WHOH where he remained until Results sold their Rhinelander stations to Heartland in 2018. Wagner rejoined Heartland in 2018 where he serves as General Sales Manager for stations WRJO, WCYE, WNWX (formerly WHOH) and WERL FM and AM.

Wagner trained hundreds of broadcasters, many who have gone on to successful careers.

Wagner will be succeeded by veteran sales executive Stacey Lazarus, who joins Heartland as General Sales Manager from New Jersey.