U.S. Senate candidates Sen. Tammy Baldwin and State Senator Leah Vukmir debated Saturday night in Wausau at a one-hour televised event sponsored by the WBA Foundation with funding provided by the Wisconsin Association of Independent Colleges and Universities. It was aired live or delayed by more than 80 television and radio stations throughout the state. The debate was also shown live on national network C-SPAN and Wisconsin public affairs cable network WisconsinEye and it was streamed on at least 17 different websites.

The debate will be re-aired before Election Day on numerous Wisconsin stations. It will be archived for playback by C-SPAN, WisconsinEye and Wisconsin Public Television.

The WBA Foundation is hosting a debate between gubernatorial candidates Gov. Scott Walker and State Superintendent Tony Evers on Oct. 19 at 8 p.m. in Madison. It will air live or delayed by more than 80 television and radio stations throughout the state. Check your local listings. 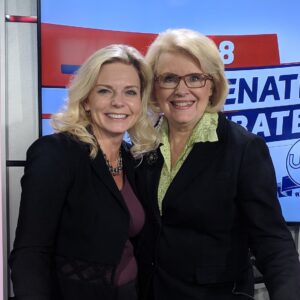 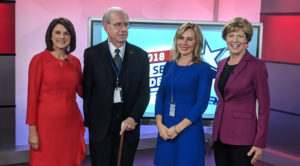 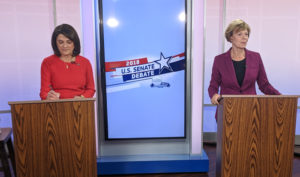 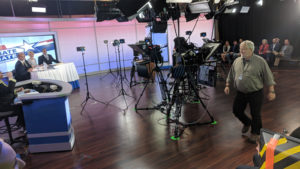