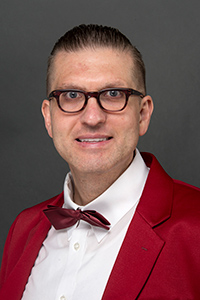 Years ago, when I was member of the National Press Photographers Association, I attended a conference that featured guest speakers who shared stories of their careers and examples of their work. One featured speaker resonated with me with a simple but effective message that has stuck with me ever since.

He had pursued a career that he thought was his “dream job” and made many sacrifices to climb the ladder to achieve his dream. However, when he finally reached the top, it was not as gratifying as he had perceived and despite the high salary, fringe benefits and fame, his career left him with an empty feeling and wanting something more.

As the years went by, he grew to resent his position until one day an opportunity presented itself that was completely unexpected. It was a chance to pursue something totally different. He took the leap of faith and accepted the new position which at first offered a change of scenery and excitement but at a cost which, at the time, included taking a significant pay cut and lifestyle adjustment.

After six months on the job he suffered setbacks that included a heart attack resulting in loss of his health and eventually his job. His hospital bills piled up, setting him back ever further.

Here’s where the story takes another twist.

Having many professional contacts, he reached out and found someone who he had not seen for many years that had another opportunity for an entry level position at NFL Films.

He accepted the position even knowing that he might not make the cut as someone who was at the later part of his career and not having as much experience in the field as his considerably younger counterparts, but he knew that at this point he had nothing to lose and went for it.

As part of his rehabilitation the man became more physically active and completely recovered from his health issues. At around the same time he started to excel at NFL Films and was promoted.

He went on to work on numerous Superbowl events, won several Emmy Awards and loved his life, which led to pursuing another endeavor of becoming a motivational speaker. To sum up his story he used the phrase, “Turn setbacks into comebacks.” It’s easier said than done, but it’s something I have thought of many times and has resonated lately in the face of unforeseen challenges with the COVID-19 pandemic.

Since campuses have closed and classes have shifted to online delivery, there have been significant compromises along the way in an attempt to find creative solutions to ongoing issues such as limited access to technology, bandwidth and time that have taken a toll on everyone.

However, there have been a few examples of creative resourcefulness resulting in meeting those challenges with surprising results. Here are a few that I thought were worth sharing:

While it is not my intent to ignore the widespread gloom and doom, there are examples of positive outcomes that demonstrate the value of “turning setbacks into comebacks.”