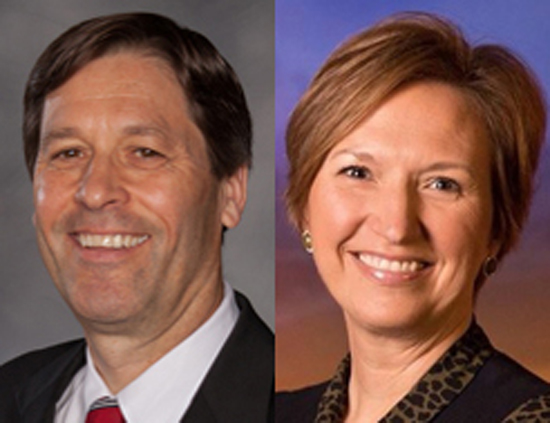 Strachota is retiring after six years running the Milwaukee stations, which include CBS58, Telemundo Wisconsin, WMLW “The M”, MeTV Milwaukee and additional channels affiliated with Weigel’s networks. Strachota is a veteran of the Milwaukee TV market, with prior positions as General Manager of WTMJ-TV and Time Warner Sports Channel. He is also a member of the WBA Board of Directors.

“Mark’s deep community relationships helped to set him apart at CBS58 and Telemundo Wisconsin,” said Steven Farber, Weigel Broadcasting Co. SVP/Operations. “Mark led the stations in increasing news coverage and his leadership in 2020 has been critical in advancing our operations in a challenging environment.”

“It has been a privilege to work with our viewers and the business community,” Strachota said. “I am proud of our team at CBS58 and Telemundo Wisconsin and the work we have done together.”

Brown has been Director of Strategy & Marketing at FOX affiliate WITI in Milwaukee since 2008. She held prior newsroom and content development positions at WITI as well as at WUSA in Washington, D.C. and WBNS in Columbus. Brown also worked in technology positions for the Associated Press and Avid. She is a graduate of The Ohio State University.

“I’ve been lucky to call Milwaukee home for more than 20 years.” Brown said. “Being a part of this community, raising my kids here and connecting with so many people in southeastern Wisconsin has been a true joy for me and I look forward to continuing that with Weigel Broadcasting.”

“Anne knows Milwaukee well and is committed to broadcasting,” Farber said.  “We look forward to serving our viewers through the election season and in the years ahead with a deepening emphasis on local content.”