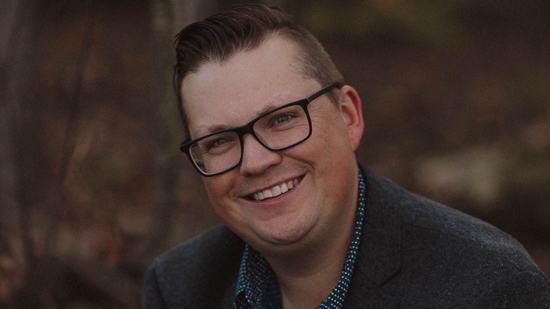 One of the founding members of the WBA Young Professionals Committee has been named the WBA’s first Yong Professional of the Year.

Terry Stevenson was the highest ranked of the five young broadcasting professionals recognized this year for making a significant impact on their stations and communities. The group was selected from a group of nominees ranked by a subcommittee of the WBA Board of Directors.

The four other honorees are Heather Storm from Woodward Radio Group in Appleton, Eric Bartos from Wisconsin Public Radio, Jesi Hartman from WKOW-TV, and Greg Scalzo from Good Karma Brands in Madison.

Stevenson began his broadcasting career in his sophomore year of high school, when he asked his grandfather, Don Seehafer, to air a 30-minute Christian music program on one of the stations that his grandfather then owned. Seehafer told him that if he wanted the airtime, he would have to earn it. Much to his grandfather’s surprise, Stevenson went out and sold his show to local business sponsors, earned his airtime for a Christian music program on a Classic Rock station (WQTC-FM), and thus began a career in broadcasting and advertising sales marked by creativity, hard work, and ingenuity.

Since those early days, Stevenson has gone on to work his way up through the company of Seehafer Broadcasting as an advertising executive part-time during high school and then full-time immediately following high school graduation, eventually earning his current role of Advertising Sales Manager.

Stevenson believes strongly in the power and capability of young professionals to bring change to the broadcasting community. He knows firsthand both the challenges and the opportunities that face today’s young professional.

“Young professionals bear the responsibility of learning with respect the history of the field, of looking to the leaders who have been in broadcasting for decades and allowing those leaders to mentor, shape and mold them,” he wrote.

In considering the future of broadcasting, Stevenson sees a subtle but important shift from a role as “broadcaster” to a role as “content provider.” Listeners and viewers have so many options available to them now, with more coming every day, and it is the responsibility of broadcasters to meet them where they are. To Stevenson, this looks like creating unique content both on-air and off-air, using the internet, streaming, social media, and personalized apps.

“Understanding and evolving with technology is the key action that will keep the broadcasting industry relevant,” Stevenson wrote. “As we encourage our advertising partners, we too must keep ourselves in our audiences’ top-of-mind awareness; when our communities are looking for news, entertainment, and sports, we want them to think of us first as their preferred source for that information across every method of media consumption.”

When asked what advice he would give to other young broadcasters, Stevenson said, “Reimagine what broadcasting could be like and then go make it happen.”

This directive embodies the way that Stevenson has built his entire career, always pushing to expand the boundaries of what is considered possible and “the way things are done” to give clients and the community new and exciting ways to engage, reach, and interact with each other. It takes a lot of time, energy, commitment, and sacrifice to build a successful and meaningful career in advertising, and Stevenson has given above and beyond in each of those areas and would encourage other Young Professionals to do the same.

Stevenson said he has been guided, mentored, and taught by example from his grandfather Don Seehafer. From giving him his very first opportunity on-air, to a part-time trial in sales, to instilling in him an understanding of the importance of relationships and encouraging his active participation in the WBA, Stevenson said his grandfather was his best role model and biggest advocate, and Stevenson would like to dedicate this award to him.

All honorees, including Stevenson, were to be recognized at the 2020 WBA Summer Conference. The 2020 Summer Conference has been cancelled because of the pandemic. Recognition of the young professionals will be rescheduled.

If you’d like to nominate a young professional for this recognition, you can do that here.