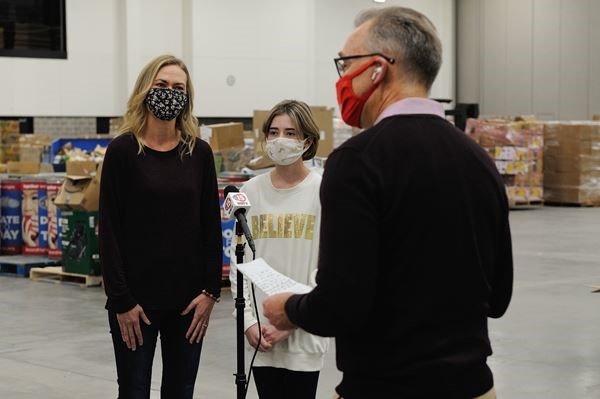 NBC15 News (WMTV-TV) has run “Share Your Holidays” for 25 years and has raised more than 55 million meals since its inception. The campaign benefits Second Harvest Foodbank of Southern Wisconsin, which helps families and individuals facing food insecurity in 16 southern Wisconsin counties. The non-profit distributes food to 225 partner agencies and programs, including food pantries in local schools.

Thanks to the buying power of Second Harvest Foodbank, for every dollar donated, up to three meals are provided to adults, children, and seniors who struggle to find their next meal.

“Don’t ever underestimate the heart of our viewers and local businesses,” said Don Vesely, WMTV NBC15 Vice President/General Manager. “We wanted to make our 25th year special, and because of the generosity of our community, many families won’t have to worry where their next meal comes from.”

The campaign was held over an eight-week period from Nov. 12 to Dec. 31. This year’s theme, “Because of You” culminated as a celebration of 25 years of giving back. During the pandemic, Second Harvest learned quickly that the need for relief was greater than ever.

“Our goal of raising 5 million meals during the 25th annual NBC15 Share Your Holidays campaign was determined before we had any idea what the impact of COVID-19 would be on our community,” said Michelle Orge, CEO of Second Harvest Foodbank of Southern Wisconsin. “For years, supporters of the campaign have stepped up to meet the needs of our neighbors facing hunger, but this was no ordinary year.”

“It was a heavy year. This is the silver lining to know our storytelling made a difference for so many people and families,” said Jessica Laszewski, WMTV News Director. “To have an unprecedented need met with record giving is overwhelming—it’s hard to put into words how grateful we are.”

WMTV’s late anchor, Mike McKinney, had a personal mission to eliminate hunger and founded the NBC15 Share Your Holidays campaign outside of a Madison grocery store collecting donations in the parking lot on a single day. That year, more than 50,000 meals were raised. This is the fourth consecutive year that the campaign established a new record. The NBC15 Share Your Holidays campaign is credited for raising one-third of the meals distributed annually by Second Harvest. 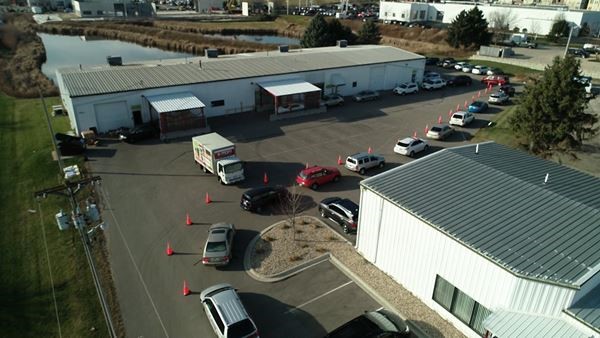