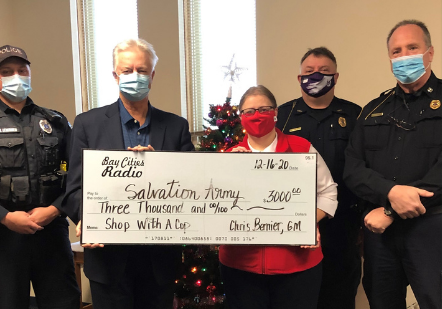 A group of radio stations in Marinette teamed up with local police to make a $3,000 donation to the Salvation Army in December.

The donation from Bay Cities Radio is in lieu of the station’s annual “Shop With a Cop” program which had to cancelled because of the pandemic.