Scholarships will be given out during the WBA Student Seminar on March 2 to four students studying broadcasting in Wisconsin. The recipients are: 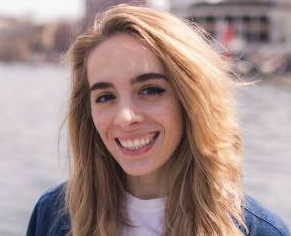 Erica Gelman is the 2019 recipient of the Morgan Murphy Media Scholarship.

Erica is attending the University of Wisconsin-Madison. She is majoring in Journalism, English, and Psychology. Erica will graduate in the spring of 2020.

Erica is a past recipient of the Journalism School Irwin Simms Scholarship and runner up for the  Charles M Hart Jr. Writers of Promise Awards. She has received numerous mentions and other awards for writing excellence including a Gold Medal in the 2015 Scholastic Arts and Writing National Competition.

Erica has extensive media experience with WSUM as an on air host, production director, promotions, as well as variety of other responsibilities. She is also a writer for the Daily Cardinal and is a reporter, photojournalist, and producer for the Badger Report.

Erica’s career goal is to become an investigative political journalist. 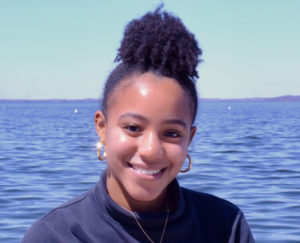 Shiloah is attending the University of Wisconsin-Madison and is enrolled in the School of Journalism and Mass Communications. Her major is in Journalism and Art. She will be graduating in the spring of 2020.

Shiloah is a member of the National Association of Black Journalists and the Black Student Union.

She has received the Posse Leadership Award, was a 2017 Global Gateways Study Abroad Scholar, and has been on the Dean’s list since 2016.

Shiloah is committed to providing guidance to others in the field of journalism and art. Shiloah is the Co-Editor in Chief of “The Black Voice” an online publication run by African-American students attending UW-Madison. She was an art programming intern in Johannesburg, South Africa with “Play Africa” during the summer of 2018.

Shiloah plans to pursue a master’s and doctorate degree. She is interested in researching the impact art has on urban communities of color using journalism practices to conduct and document her research. She hopes to work in the field of community and advocacy journalism. She hopes to become a professor. 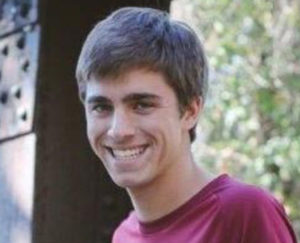 Grant is attending the University of Wisconsin-La Crosse. He is majoring in Communication Studies with an emphasis on Media Studies. Grant is planning to graduate in the spring of 2020.

Grant’s career goal is to become a sports radio host in the largest market possible. His passion is for Wisconsin sports so it is safe to say he would like to land an on-air position in the Milwaukee market following graduation.

Grant is on the Dean’s list. He is also heavily involved in the Fellowship of Christian Athletes as a volunteer at camps and events. He is a music minister and active member of the Roncalli Newman Catholic Parish in La Crosse. He is the program director of the campus radio station RAQ and participates in several intramural sports.

He has extensive media experience working in La Crosse Radio, the student radio and TV stations and he is a personality and producer of  “3 Guys 1 POD”… UW La Crosse’s No. 1 podcast.

Megan Janssen is the 2019 recipient of the Howard Gernetzke Scholarship.

Megan is attending the University of Wisconsin-Madison. She is majoring in Journalism and Mass Communication. She will be graduating in December of this year.

Megan has been on the Dean’s list for several semesters and her original photography was chosen as the front cover of the Journalism of Undergraduate International Studies Fall 2018 issue.

Megan is involved with several organizations including the Association for Women in Sports Media, UW-Madison College of Letters and Science Honors program and Honors Student organization. She is also a UW-Madison U.S. Soccer Federation Referee and member of the Spanish Club.

Megan is involved in a variety of media activities including reporting for the Badger Report, serving as an Editor and Staff writer for Souvenirs Magazine, and is an online contributor to MODA Magazine.