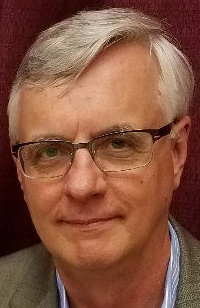 WISC-TV Director of Engineering Kevin Ruppert is retiring after a 41-year career in broadcasting.

Ruppert started at the Madison station in 1979 as a news stringer while also working at a Wisconsin Dells radio station. That summer he was hired full time at WISC-TV as a master control operator and started performing transmitter maintenance. He helped the station move from its old location on Hammersley Road its current location on Raymond Road.

Ruppert became a certified broadcast engineer by the SBE in 1985 and was promoted to engineering maintenance supervisor in 1990. He was promoted to be WISC-TV’s Director of Engineering in 2018 and spearheaded all the technical issues of the station including the station’s spectrum repack.

He was a leader within the local chapter of SBE and played key roles in the WBA’s Broadcaster’s Clinic.

“Personally, I consider Kevin one of the best engineers with whom I’ve ever worked and appreciate the work he’s done for us over the years which has a lot to do with the stellar reputation WISC commands nationally as a facility and news organization,” WISC-TV General Manager Tom Keeler wrote. “WISC has always pioneered new advances in our industry and Kevin has been instrumental in a lot of it.”