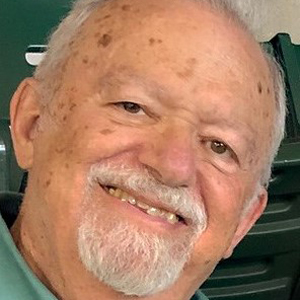 A Madison man known for his work in broadcasting, teaching, nonprofit development, and consulting has died. Boris Frank died on Aug. 6. He was 89.

According to his obituary, Frank graduated from the University of Wisconsin-Madison with a degree in education and emphasis on speech and radio – TV communications. At the age of 23, as a first lieutenant in the U.S. Army, he was hand-picked to be the officer-in-charge of the Television-Radio-Motion Picture Section, U.S. Army Recruiting Service. From 1964 to 1982 he was on the faculty of The University of Wisconsin, serving as the manager of administration for WHA-TV.

His obituary reads, “Throughout his career, Boris was an educator for thousands of professionals in the non-profit sphere as a lecturer, teacher, and mentor through the UW system, community colleges, and the United Way. He assisted hundreds of community organizations as a consultant in fundraising and planning in Madison and throughout Wisconsin. Boris’ work focused extensively on supporting the arts, civic organizations, community based non-profits, free community clinics, neighborhood/community centers, humane societies, and at least 85 public libraries. He founded Boris Frank Associates and for 37 years focused on consulting and teaching about non-profit management, start-ups, board and staff development, and strategic planning. He served as Development Director or Executive Director for the Circus World Museum, Family Service, Henry Vilas Zoological Society, and the Madison Youth Choir. He was a founder and board member of the Madison Police Department’s Capital K-9s, and was privileged to have a serving K-9 named “Boris” in his honor.”

Frank requested that any memorial gifts be given to your charity of choice, or consider giving to the Association of Fundraising Professionals Greater Madison Chapter’s Boris Frank “Emerging Leaders” Scholarships.

A celebration of life will be announced for a date in the near future.