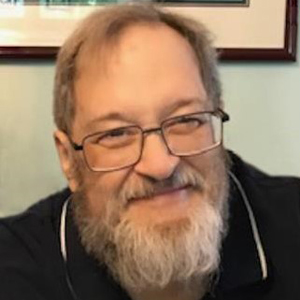 A Portage man with a long career in broadcasting has died. Robert “Bob” William O’Halloran died July 28. He was 69.

O’Halloran started his broadcasting career at 16 at WPDR and went on to UW-Stevens Point, where he earned his degree in communications. From there, his radio career took him to WHBY, WNAM, WNFL, and WEMI in the Fox Valley, along with WCLO in Janesville, and WIBA in Madison. O’Halloran served as program director several times and worked as an on-air personality, talk-show host, producer and sportscaster covering the Packers, Badgers, Brewers, and Bucks, along with play-by-play for high school sports.

According to his obituary, O’Halloran was especially proud of his 32 awards for writing and production of radio commercials. Later in life he switched to a successful sales career at West Corp.

Memorial services will be held Wednesday, Aug. 4 at 11 a.m. at Portage United Methodist Church, with Rev. KwangYu Lee officiating. Inurnment will be at St. Mary Cemetery in Portage. Visitation will be from 10 a.m. until 11 a.m. at the church. Attendance will be limited to 50 people at the funeral service.