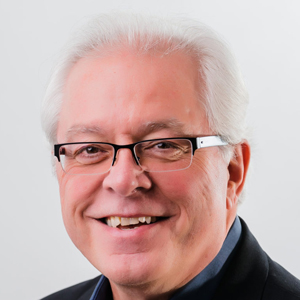 Radio host Gene Mueller will retire in February 2022 after more than 40 years on the air in Milwaukee.

Mueller made the announcement Wednesday during his show on Newsradio 620 WTMJ.

“As hard as it may be for some to believe, the thrill of getting up at 1:45am each weekday morning has finally worn off after 44 years,” Mueller said. “I hear there’s this thing called ‘sunrise’ that I’d really like to witness in person on a regular basis as I live in a world where there are no deadlines, and every day feels like Saturday.”

“I’ve been blessed with fantastic opportunities over the course of my career, not the least of which was the one I had the past 14 years to host Wisconsin’s Morning News, accompanied by so many talented teammates and such supportive management.”

“Gene has informed and entertained generations of listeners,” said Steve Wexler, Vice President and Market Manager of Good Karma Brands, which owns and operates WTMJ. “He is beloved by so many people in our community because of the authentic, personal connection he’s made with them over the air and in person. We can’t thank him enough for his years of early wake-ups, his commitment to our stations and our community, and of course his sense of humor.”

Mueller is expected to continue his work with select advertising partners on WTMJ and contribute occasional content to the station after he leaves the morning show.

A native of Sheboygan, Mueller’s passion for radio began during his high school years and continued throughout college where he was the news director at UW-Stevens Point’s campus radio station, 90 FM WWSP from 1975 to 1977. In 1977, he began his professional career at WSPT in Stevens Point as a reporter. In 1981, Mueller became the News Director and Morning Show Co-Host at Milwaukee rock station WQFM, and later in 1982, he joined WKTI as a morning show co-host alongside Bob Reitman. The Reitman & Mueller duo dominated morning show ratings for almost 25 years. Since December 2010, Mueller has anchored Wisconsin’s Morning News.