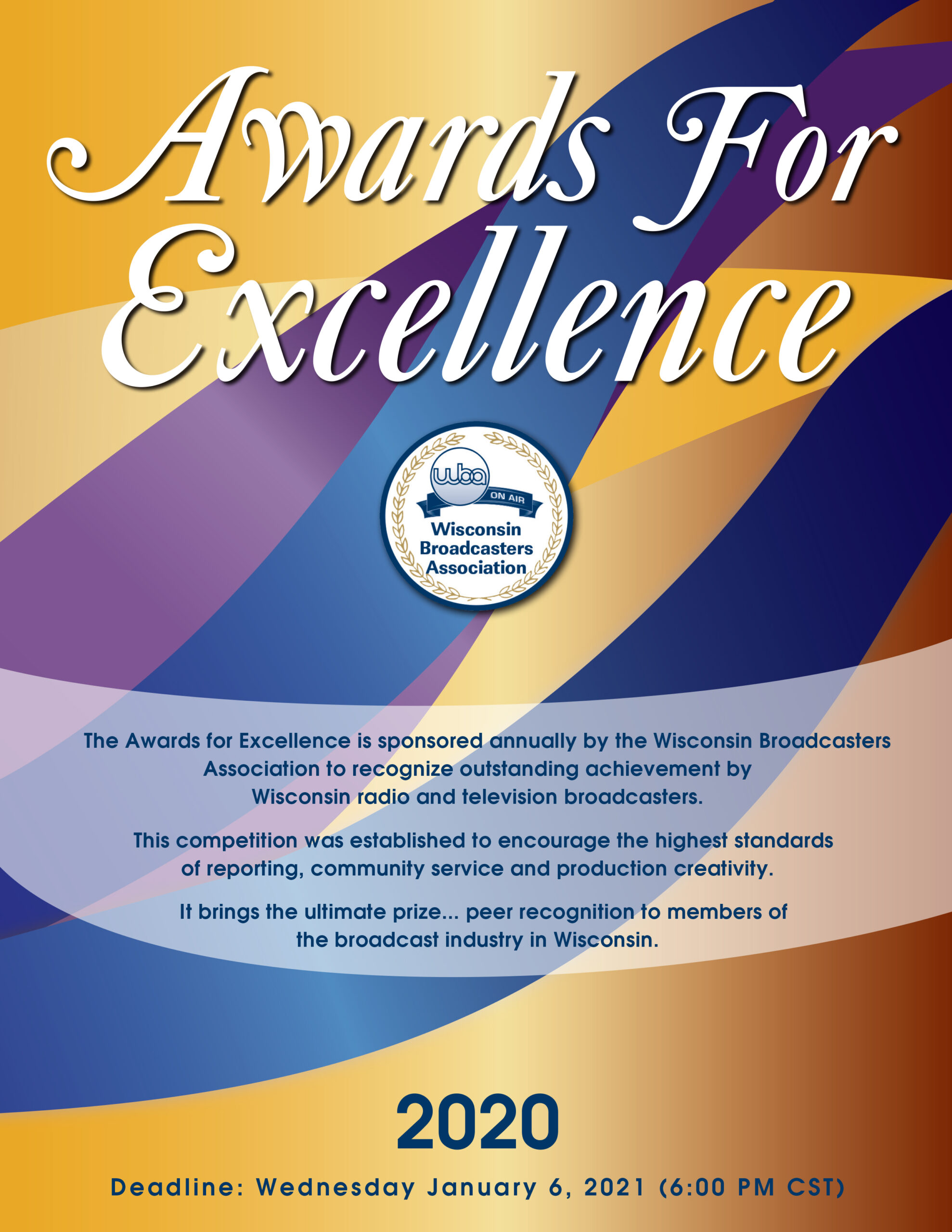 Wisconsin’s radio and TV stations have submitted 1,365 entries to the Wisconsin Broadcasters Association Awards for Excellence contest.
The submission deadline for the 2020 awards was Wednesday night. A total of 112 stations submitted entries.
Stations are competing for awards in numerous categories for news, sports, weather, advertising, public service, and digital and social media. Stations are also competing for Station of the Year and News Operation of the Year awards that are determined based on points earned by winning awards in other categories.
“On behalf of the entire WBA Awards Committee, I am beyond thrilled with the amount of entries we received during an incredibly difficult year for all of us,” said WBA Awards Committee Co-Chair Kelly Radandt. “It shows how resilient we are as Wisconsin broadcasters. Now let’s show off a little bit in May!”
“I’m tremendously proud of how Wisconsin’s radio and TV stations are bringing their lively sense of competition to 2021, which is an excellent way to come together after all that stations have been through in the past year,” WBA President and CEO Michelle Vetterkind said. “We are excited to see the competition play out at the WBA Awards Gala.”
The awards will be handed out at the WBA Awards Gala on May 1 at the Madison Marriott West.