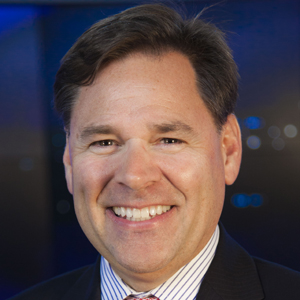 WSAW-TV VP/GM Al Lancaster is retiring in March after nearly 45 years in broadcasting.

Lancaster served in the role for nearly 23 years. Before that he was a station manager at WLAX-TV-WEUX-TV in La Crosse and general sales manager at WEAU-TV in Eau Claire.

“Gray has been a fantastic company to work for,” Lancaster said. “I couldn’t be more fortunate then to have worked for Bob Smith and Mike King.”

WSAW-TV General Sales Manager Betsy Keefe will be promoted to the new VP/GM of WSAW.

Keefe is a native of Wausau and started her career as a research assistant at WITI-TV in Milwaukee before transitioning to sales. For the past 10 years, Keefe has worked as General Sales Manager for WSAW. She has been described as a driving force in creating a sales culture focused on growing local businesses and developing people throughout her department.

Keefe has served as the Director of Government Affairs for the Wausau Region Chamber of Commerce and most recently on the Board for the Wausau Conservatory of Music. She and her husband of 28 years, Chuck have two sons, Charlie a chemical engineer with P&G and Ryan University of Wisconsin student who plays for the university’s men’s soccer team.

Keefe will take her new role on March 20.

Lancaster is a Wisconsin native and plans to spend his retirement on his boat and working on his family farm in southwest Wisconsin.