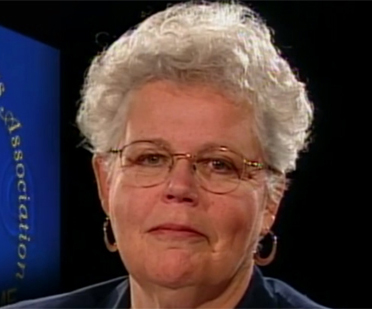 WBA Hall of Famer Susan Knaack is being remembered for her 38-year broadcasting career in the Fox Valley.

Knaack died Wednesday. She was 77.

Knaack started her broadcasting career in Oshkosh with stints at WAGO and WMKC from 1971-77 where she was a talk show hostess, copy writer, sales assistant, and traffic director. In 1977 she moved to Woodward Communications’ WHBY/WAPL in Appleton, as Creative Services Director. She moved into sales in 1980, became Sales Manager in 1982 and General Manager in 1984. In 1989 she became Vice President of Broadcast for Woodward, expanding the company’s holdings from four to nine stations in three markets in Iowa and Wisconsin.

During her broadcast tenure in Appleton, she also served as an instructor in the Communications Department of the Fox Valley Technical College.

Knaack served eight years on the Board Directors of the Wisconsin Broadcasters Association and was its first woman Board Chair in 1993-94.

Her obituary said that in retirement, Knaack continued to mentor women in their career navigation and actively supported programs and organizations that focused on empowering women.

She was inducted into the WBA Hall of Fame in 2004.

In lieu of flowers, memorials to Family Sharing through Crossroads Presbyterian Church would be appreciated.