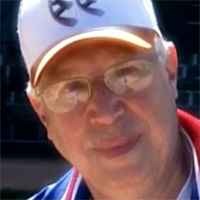 WBA Hall of Famer Marty Green is putting a wrap on his broadcasting career today by making his last appearance on Sportstalk 105.1 (WAYY) in Eau Claire.

Green retired for the first time in 2003 after a career that began in 1960 with WEAW radio in Evanston, Illinois as a disc jockey. A four-year stint followed in Orangeburg, South Carolina. Green then moved to WLUK-TV in Green Bay where he served as local sales manager. He spent ten years in Green Bay before moving to WAXX/WAYY radio in Eau Claire where he served in sales, sales management, and general management from 1976 to 2003.

Green introduced full time talk radio to Eau Claire at WAYY in 1990 and served on the Board of the National Association of Talk Show Hosts in the 1990’s. He was inducted into the Wisconsin Broadcasters Association Hall of Fame in 2006 and served as chairman of the board of the WBA in 1997. He spent some time as a consultant for his own company MARSAN and later returned to the airwaves on NewsTalk 790 WAYY and later SportsTalk 105.1 where he played a major contributing role on the morning talk shows on the stations.