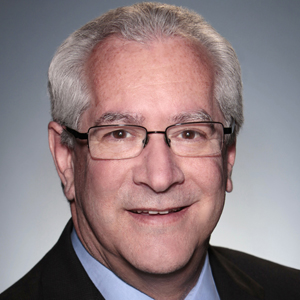 One of the lasting impacts of the pandemic is the shift in the way Americans live their lives. “Work from home” used to be a perk companies offered on occasion to their employees. Today, it’s almost an expectation. The result is this has changed the way people consume entertainment, and as a result, has to change the way broadcasters engage with their audiences.

One of the biggest impacts on radio has been a significant decline in in-car listening, the number one consumption location. As a result, in 2020, overall listening to the radio (on a radio) declined substantially, while in-home consumption on devices like mobile apps, Amazon Alexa, and laptops surged. According to our 2021 Techsurvey, among those who reported listening less to the radio in the past year, seven-in-ten (71 percent) say it was due to spending less time in a car.

Concurrently, only six in ten (61 percent) say they are now listening to the radio on a radio, down from 65 percent in 2020, and down 24 percent since we started tracking this in 2013:

We’ve seen the same shift with television viewing in the past year, as streaming video daily has reached nearly half of all viewers (48 percent). 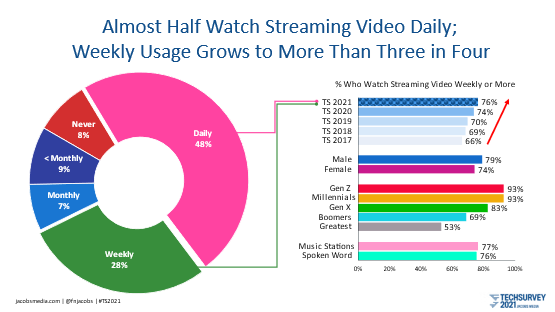 So, what does this mean for broadcasters? Well, it’s clear the traditional model of ramping up ratings and selling them to advertisers is going through a permanent shift. We saw this with the Olympics, where viewing of the NBC network was way down, but consumption on Peacock, mobile devices, and other digital platforms were way up.

And we’re seeing this in radio as well, as fewer homes have radios, and listening is shifting to streaming on other devices.

But what this truly means – and what I showcased at the recent WBA Summer Conference, is there are new revenue and engagement opportunities out there for broadcasters, should they decide to think about their growth in a new light.

A great example is happening in Eau Claire, as Mid-West Family’s team has created “Around The 715,” a website and mobile app dedicated to showcasing events and businesses in the Chippewa Valley. The platform they’ve created has little or nothing to do to promote listening to their stations. Instead, they are going well beyond their broadcast audience to create an experience that ties them to their local community and businesses in a unique way.

Their platform provides information about events in the area, has a full business directory sorted by category, as well as news and information to keep users informed. There’s mapping to each of these locations provided and other information about the business. 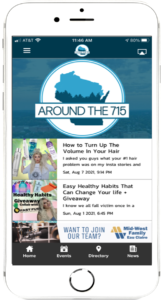 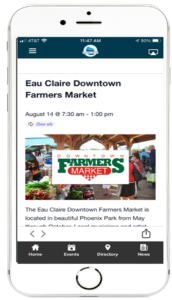 Kudos to Mid-West Family’s Eau Claire team, and the many other Wisconsin broadcasters who are going well beyond the traditional broadcasting model to grow audience and revenue. I hope I had the chance to talk with you about the various reasons and ways to help transform your business at the WBA Summer Conference, but if you have any questions, don’t hesitate to reach out to me at paul@jacobsmedia.com.

The WBA Digital Hotline is a free service of the Wisconsin Broadcasters Association.  Reach out to Jacobs Media at Paul’s email address.