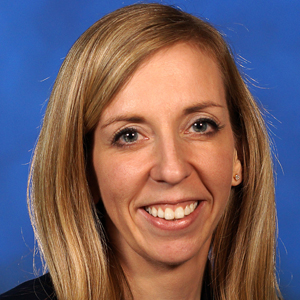 Anna Engelhart, Station Manager at WKOW-TV in Madison, is being promoted to Vice-President and General Manager.

Engelhart joined WKOW in 2005 and was involved in both local and corporate sales efforts before being named WKOW’s Business Manager and Station Manager. A Wisconsin native, she has strong ties to the local community.

“I am honored to continue to work with the wonderful and talented team at WKOW,” Engelhart said. “I’m very excited for the opportunity to continue to expand my role at the station and in our communities.”

Engelhart is one of three Quincy station managers bring promoted to vice-president and general manager. The other two are John Huff, Station Manager for KWWL in Cedar Rapids -Waterloo, Iowa and Josh Morgan, Station Manager for WREX in Rockford, Illinois. All three begin their new duties on Nov. 9. All three are involved in the company’s Future Leaders program.

“As we look to the next generation of emerging leaders in our company, this promotion for Anna, John and Josh is a clear recognition of their talent, and a wonderful opportunity for Quincy Media,” said Quincy Regional Vice President Tom Allen.