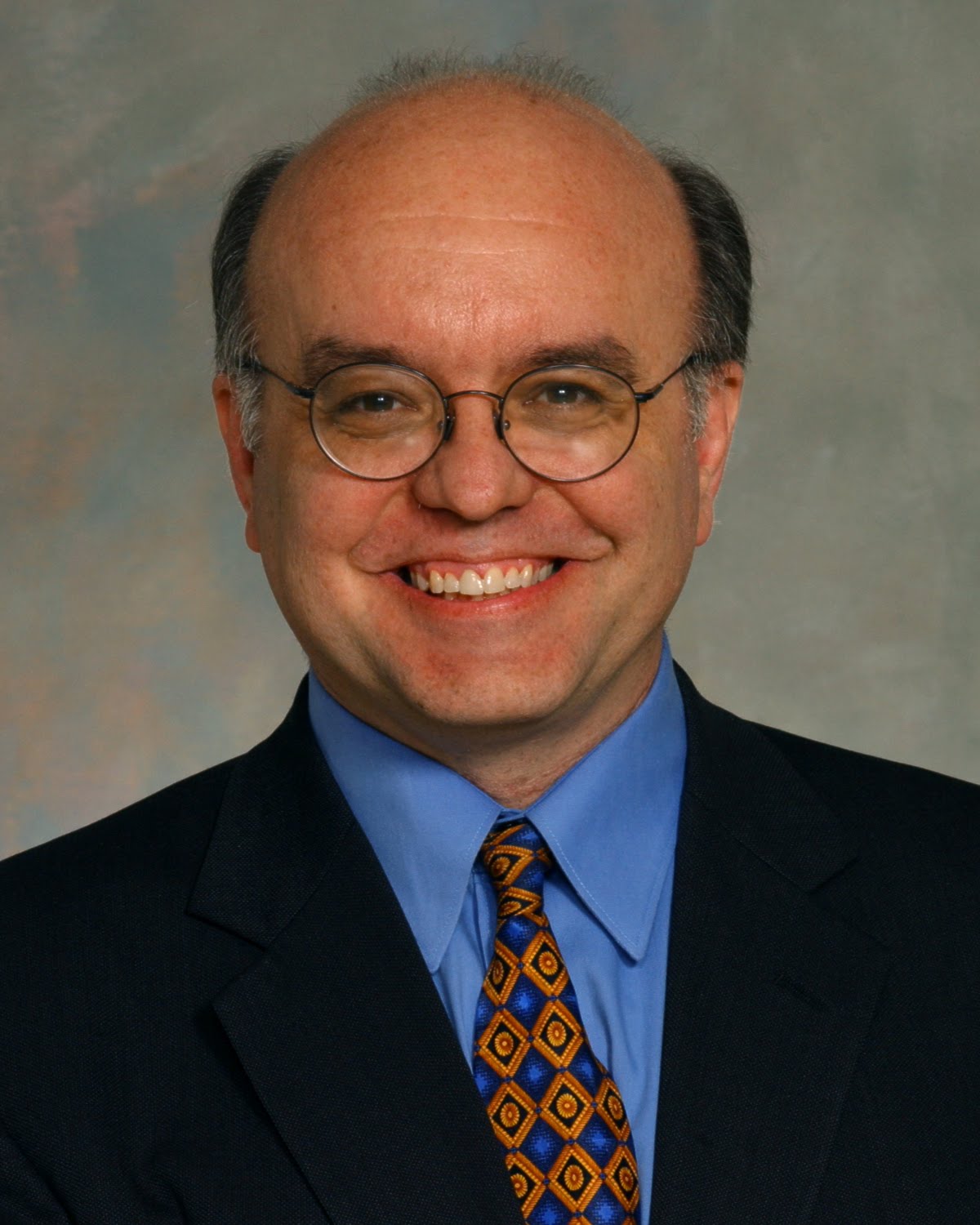 Note: I started working on this article long before the coronavirus pandemic began. I fully understand that many stations are in crisis mode at present with revenue challenges, hiring freezes and even layoffs.  However, the issues I’ve raised here predate all of this and will remain when things return to normal.

I’ve wrapped up my dozen years as a university instructor and 34 years in broadcasting and have come away with a sense of a troubling trend that I feel the need to mention. I talked about it at the WBA summer conference a few years ago. I also raised these concerns again recently with some of the leaders at WBA and they urged me to share it here.

I worry that broadcasters in Wisconsin are losing out on gre­­­at potential employees because of the typically low pay for entry-level broadcasting production positions. I’ve seen some of my very best students either take a job outside the industry, or worse, they work for a broadcaster for a short period before having to leave for higher-paying positions elsewhere just to survive. In both cases, they never return to our industry.

The title of this article was from a discussion I had with one of my students who served as our radio station news director. During his freshman year, he asked me what he needed to be successful and he took all of it to heart: good student in classes, trying a lot of different things, excelling in an internship, becoming a student leader, putting his work out for award competitions, etc. He came by my office shortly after he graduated to say he had been offered a job at a radio station as a news director. He turned it down because they’d offered this college graduate 18 hours a week at $9.25 an hour. The conversation went like this after he told me the pay:

Him:      He said not to worry since he had a friend who ran a restaurant nearby and he said he could get me some hours there.

I was peeved at this. I will point out that $9.25 an hour is the starting pay for high schoolers without any experience at many fast food restaurants. A lot of my student leaders have off-campus jobs at Kwik Trip where the starting pay is now more than $12/hour.

I can already hear the response that you want to send that probably started early in paragraph two: “But they can always go into sales!”

This is a tired rejoinder and is not useful for several reasons:

-It’s the answer to a different question and is an attempt at changing the subject. The question is not ‘how can you make a good living at a broadcast station?’ Rather, it’s ‘why is the pay so poor for production people at broadcast stations?’

-It’s based on a false premise—that these graduates want to work at a broadcasting company and the role does not matter to them.

-Moreover, the students already know that sales can pay well. Some do choose that route. At UW-Oshkosh, 237 students have received the WBA Foundation-sponsored Radio Marketing Professional Certification since 2009.

This discussion is not new. One thing that’s different now is that these students have a substantial financial burden after graduation through student loan debt. Full-time in-state undergraduate tuition at UWO this past year was $3,829 per semester. I think a lot of broadcast leaders in Wisconsin are unaware of this. My own experience bears this out. In 1988 (!) when I was a part time announcer at WHBY in Appleton (where my hourly rate would be $12.72 in today’s money), I was working toward my MBA and driving to Madison to attend night classes at the UW’s Graduate School of Business. My program director asked me about my course that semester, which was strategic planning. He said that sounded interesting and he thought he’d like to take a class like that. He said “What does that cost? Like 50-60 dollars?” I said no, it was $500 and the book alone was $120. It was an eye-opener for him as a person who had several college students like me as part-timers. In today’s money the course would be $1,077, but UW-Madison has since substantially hiked graduate business tuition. That single three-credit course now costs $4,578. Gone are the days when a recent grad could hang on at an entry level broadcasting job at low pay to start their career. The student loans are looming.

What’s also different now is that these students don’t HAVE to work for a terrestrial Wisconsin broadcaster and have a lot of different options that are either media enterprises or media-adjacent where they can use their skills and make lots more money. Here are the avenues my graduates take that don’t include working in traditional broadcasting, and like it or not, your station has to compete with these options to attract and retain employees:

-a not-insignificant number head immediately to Hollywood and find work on cable or network television programs. If you’ve seen Flip or Flop or Guy’s Grocery Games or Botched or Highlander or Big Brother or My Giant Life or Drunk History or even the truly odd Doctor Pimple Popper, you’re watching the work of my former students. One is even post-production supervisor for NBC-Universal. They’re all California taxpayers now and enriching out-of-state companies, and it’s thanks to your investment in them through your tax dollars that support the UW System.

-more and more are now choosing to go into the still-new field of social media marketing and analytics.  Some landed positions at places like Kohl’s, Milwaukee Tools, the Billboard Music Awards, Cosmopolitan Magazine, FX Networks, etc., while others indeed started in local broadcasting before jumping to this field just to have a living wage. One of my former students was working FULL-TIME in local TV news as a producer and quit to pursue higher pay as a social media practitioner. She told me that her friends were always asking her why she never could buy a round of drinks when they got together, adding she should be able to because she worked in television. She said she told them the reason she couldn’t afford to was “because she worked in television.”

-more than a few have found jobs in sports production. Some are at sports video operations like Fox Sports, Ming Entertainment, Flo Sports, etc. while others have joined professional baseball teams. There’s a UWO alum in media at the Tampa Bay Rays and one who just moved on from a social media post with the Detroit Tigers, while still others have found employment at the minor league level.

-many have figured a personal way to pursue their vision in media through podcasting. Often, this starts while they’re still in college and their technical savvy continues to dazzle me.  Many of these are very well done and have won statewide awards. Some have even solicited and signed sponsors (hey, they’re in sales!) and one student of mine who’s still in college is being courted by a major station group that wants to syndicate his podcast and provide him with national ad revenue.

What do these groups of students have in common? By default or design, they’re not in terrestrial broadcasting and not using their talents to work for you to improve your operation. And most importantly, they never will. The main reason? The less-than-fast-food pay.

The ones that haunt me are those who never connect. I’ve had 1,142 students in my years as a teacher at UWO. Two of my top students were never able to find ANYTHING in media, despite terrific skills in production, interviewing, reporting, leadership and that most rare talent these days: writing. They won national awards for their work, did everything right and no one recognized their exceptional abilities.  With student loans coming due, one became a corporate headhunter (now in Chicago) and the other decided to get a master’s degree to become a social worker. Our industry lost two of the very best and their stories will bother me forever. Episodes like this should bother you, too.

Some years ago, the leadership at WBA recognized a crisis facing their members: the looming shortage of broadcast engineers. They responded with an innovative apprenticeship program to get new engineering talent into the pipeline. I feel this is a crisis of a similar scale. However, I don’t know if WBA can play a role here. It’s really a decision to be made at the station level.

I hope this prompts some discussion at your station. The constant turnover at your station is a cost for you: scrambling to fill roles and endlessly training new people. While pondering what you will do, here are some statistics to bear in mind:

Here’s a statistic that should carry NO weight: the minimum hourly wage in Wisconsin is $7.25. Also avoid talk about “paying your dues” and “lack of work ethic” (tell that to my students that are regularly selling their plasma to stay in college).

One final note:  The protagonist of our story eventually gave up trying to find a media job after the insulting news director/restaurant offer. He ended up at a Milwaukee-area firm that cleans office buildings.  It doesn’t require that he know how to conduct a phone interview, pull cuts, write around audio, set up a broadcast remote, take transmitter readings, do multitrack audio mixing or bring his editorial judgement to bear in choosing the stories to cover (all the things he learned from me).  On the other hand, it’s full time and when news breaks, his schedule is not upended: he can just listen to it on the radio.