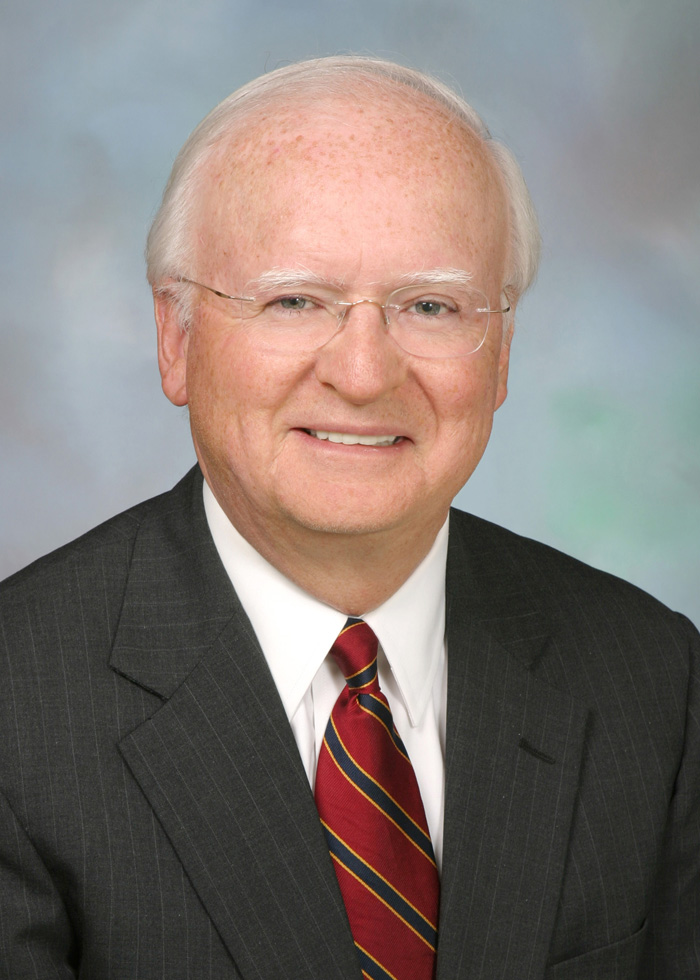 The Award was established to recognize those who “reflect the values embodied in the Wisconsin broadcast industry of promoting economic vitality, engagement in civic affairs, advocacy for the First Amendment and dissemination of community information and community service, and support of diversity and a better Wisconsin.”

Dick’s decades of service to the WBA and its members, as well as to the National Alliance of State Broadcasters Associations (“NASBA”), of which the WBA is a member, have served to protect and enhance the best interests of the broadcast industry in Wisconsin as well as nationwide.

Dick was instrumental in founding NASBA in the 1980’s, whose members comprise the state broadcasters associations in each of the 50 States, the District of Columbia, and the Commonwealth of Puerto Rico. NASBA’s missions are to elevate the professionalism of each State Association as well as to enhance each’s financial condition, member services, and the effectiveness of their advocacy efforts which are carried out in close coordination with the National Association of Broadcasters. As NASBA’s counsel, Dick played an indispensable role in NASBA’s pursuit of each of those missions.

For example, Dick negotiated the first and all successor national NCSA/PEP contracts with the Army National Guard. Those contracts have enabled the WBA and its sister state broadcasters associations to expand their member services and elevate the WBA’s credibility and effectiveness over the 20-plus years that the Guard’s NCSA/PEP program has been in existence. More recently, Dick played a major role in persuading the Guard to restart its

NCSA/PEP program after the Guard suspended/terminated many contracts following internal difficulties the Guard was experiencing unrelated to the program.

Before the FCC and the Courts, Dick led his team in numerous filings and legal challenges aimed at protecting every broadcaster’s license and eliminating burdensome paperwork. For example, Dick and his legal team were successful in representing all of the state associations in challenging the constitutionality of the EEO Rule adopted by the FCC in the early 2000s that in effect forced stations to hire based on race or face heightened FCC scrutiny of their hiring decisions. The Court held that the FCC had in essence created an unlawful quota system for broadcast hires. In response to the court’s decision, the FCC revamped its EEO regulations to emphasize the importance of broad recruitment outreach rather than seeking to assess a station’s EEO program based solely on the FCC’s view of the mix of individuals ultimately hired.

While challenging the heavy-handed approach previously taken by the FCC, both the WBA and Dick sought to further the goals of equal opportunity or nondiscrimination here in Wisconsin. Working with former WBA President and CEO John Laabs, as well as with current WBA President and CEO Michelle Vetterkind, Dick helped design and routinely update the WBA’s multi-faceted program to assist stations in effectively pursuing those important goals.

“Personally, Dick was a trusted friend and adviser to me, a relationship I will always treasure,” Laabs said. “Professionally, he was at his height when he helped Al Sprague and I negotiate the first NCSA contract with National Guard, when he won the EEO court case that forced the FCC to back off its onerous approach to broadcast stations’ hiring practices, and in helping develop the alternative inspection program with FCC approval. He was a great leader and adviser for all broadcast associations in the country.”

Over the years, Dick was a regular speaker at the WBA’s annual conventions, frequently reminding members that the highest and best use of a broadcast license is to serve and protect the lives and property of all who make their homes and businesses in Wisconsin.

“We are thrilled to honor Dick with the WBA’s Distinguished Service Award,” Vetterkind said. “Neither the WBA nor NASBA would be where they are today without Dick. The affects of his work will be felt for generations.”

Dick will be recognized with the award during the a luncheon on June 18 during the WBA Summer Conference in La Crosse.

In response to learning that he had become the WBA’s 2020 Distinguished Service awardee, Dick said, “I am so appreciative of the WBA choosing me for such a high honor. I have such high respect for the broadcast industry because it is the only business in America that is licensed by the Federal government to do good – to serve and protect the lives and property of all listeners and viewers by acting, as reliable, first informers in times of emergencies, as constant conduits through which community needs, issues and concerns are identified and addressed, and as the ‘oil of commerce’ introducing the goods and services of local and non-local merchants to the public. The Wisconsin broadcasters have demonstrated to me their true commitment to doing good in these very important ways.”

Dick began his communications law career with the FCC, initially in the Commission’s Broadcast Bureau and later in its Office of General Counsel, where he defended the FCC in the various United States Courts of Appeal. Dick’s private law practice spanned more than 40 years, representing numerous state associations, as well as many broadcast and non-broadcast companies and organizations, large and small. Dick is a past President of the Federal Communications Bar Association and a Distinguished Service Awardee from that organization. It was Dick’s idea during his presidency that the FCBA establish a foundation to provide college scholarships for local Washington, DC high school students. The very active and successful Foundation is now 30 years old, and is supported by government, and non-government FCBA lawyer members, as well as companies and organizations which are, or whose members are, “regulated” by the FCC.

This is the second WBA Distinguished Service Award to be handed out. The first was awarded to former Wisconsin Governor Tommy Thompson in January 2019.