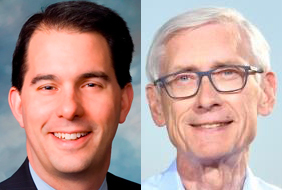 The second of two WBA Foundation debates will take place Friday, Oct. 19, at 8 p.m. and air live or delayed on more than 80 radio and TV stations in Wisconsin.

Financial support for the debate is provided by the Wisconsin Association of Independent Colleges and Universities.

The debate will be re-aired before Election Day on numerous Wisconsin stations. It will be archived for playback by Wisconsin Public Television.

U.S. Senate candidates Sen. Tammy Baldwin and challenger Leah Vukmir debated in Wausau on Saturday. It was shown live or delayed on more than 80 radio and TV stations in Wisconsin and streamed on at least 17 different websites.