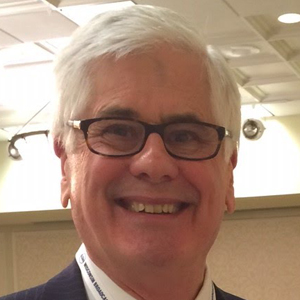 A career radio broadcaster who spent much of his career in Wisconsin has died.

Gahagan was born in Ireland and raised in Madison where he attended the Edgewood School followed by the University of Notre Dame. He found his lifelong passion and career in radio broadcasting after graduation, according to his obituary.

Gahagan found his early success in radio as a salesperson and later as a general manager. He spent years as an active member of the WBA and served as an advocate and representative for Wisconsin broadcasting issues. His career in radio brought him and his family to Chicago, Milwaukee, and most recently to Saginaw, Michigan where he served as a general manager at the MacDonald Broadcasting Company. He last worked in Wisconsin as general manager of the NRG Media radio stations in Fort Atkinson which were recently acquired by Magnum Media.

Gahagan’s loved ones will be conducting a private celebration of his life at a later date.