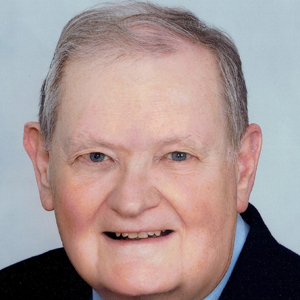 A broadcast engineer with a career spanning nearly six decades has died.

Gary Mach died Sunday at his home in Green Bay. He was 78.

During his career, Mach worked every level of support from staff engineer to corporate engineer. He successfully completed several facilities upgrades during his career, in additional to countless engineering accomplishments, like rebuilding transmitters and studio systems. During his time working with Wisconsin Public Broadcasting and PBS, Mach’s facilities and staff produced many award-winning television programs. He designed the telecommunications facilities for the Weidner Center for the Performing Arts and the Center for Television Production, both on the University of Wisconsin-Green Bay campus. Mach shared his skills and talents with the technical college system, the Catholic Diocese of Green Bay, Cellcom Communications, and many others. He continued consulting long after his retirement.

Visitation will be held on Tuesday, Sept. 8 from 9 a.m. until the time of Mass at 11 a.m. at St. Agnes Catholic Church in Green Bay. The family requests those in attendance wear a mask and practice safe social distancing. A private entombment will follow at Allouez Catholic Mausoleum. Expressions of sympathy, memories and photos may be shared with Gary’s family on his tribute page.