Be ‘on guard’ against threats to media freedoms 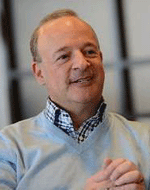 A few years ago, and ironically just days before Independence Day, some members of our state legislature tried to quietly dismantle Wisconsin’s open records laws, hoping to restrict the public’s access to the inner workings of our elected officials — our government. Fortunately, broadcasters and other news media made enough noise on the air, online, and in print over the 4th of July holiday to create public pressure to turn back this effort. One state legislator to whom I spoke with at that time told me he “didn’t fully realize what this was,” and that he would reverse course now that he understood the importance of the issue. The explanations from some of our officials were lame and in some cases even dishonest. In short, if it weren’t for the vigilance of our local media, the public’s right to know, and our important role in shining the light of inspection on our government, would have been sharply curtailed.

Today, there is no ambiguity in the rhetoric from some corners of the political landscape. Regardless of your political leanings, the idea that the press is “the enemy of the people” or that “truth isn’t truth” should create a sense of urgency and heighten vigilance in all of us.

Beyond our role as journalists and advocates of the First Amendment, I hope we all remain vigilant during these turbulent political times. Whether you are at the assignment desk in a TV newsroom in Rhinelander, an account executive in Wausau, a disc jockey in Shawano, or a news anchor in Madison, the not-so-subtle efforts to limit the constitutionally guaranteed people’s right to know should concern us.

As I’ve had the opportunity to lobby on our state association’s behalf over the years at the local, state, and national level, I’ve come to realize that many of our elected officials truly do understand and respect the important role we play in a free, American society. Unfortunately, I’ve also seen arrogance and disregard for the work we do for our communities.

I hope we’ll stay “on guard” and be ready to shine the bright light of truth whenever we hear from those who, for political gain or other nefarious intent, wish to curtail one of our most fundamental freedoms.

Posted in Chair Column, In the News
Members Only
Search
Download the WBA “MemberPlus” App