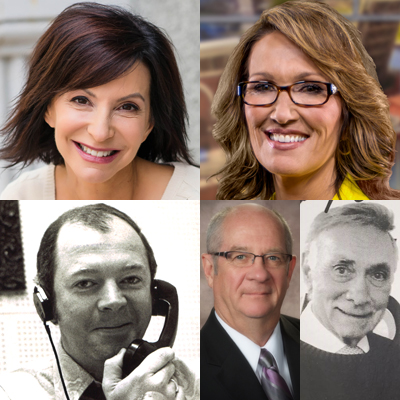 The Wisconsin Broadcasters Association Local Broadcast Legends Award was established in 2015 under the direction of Bruce Grassman, owner/president of Results Radio. The Local Broadcast Legends Award is a great honor and recognition for individuals that work behind the scenes and within their communities fulfilling the commitment broadcasters have made to serve their local communities. They are individuals who exemplify localism. This award is a means to extend recognition of these individuals beyond their local communities.

Individuals with 15 years or more service in Wisconsin broadcasting may be nominated by their company, co-workers, community leaders, family members, and friends. The station or organization which the nominee is associated with submits the nomination on behalf of the nominating individual(s).

The WBA is grateful to Bruce Grassman for his vision to establish a means for dedicated local broadcast employees to be recognized for their contributions to Wisconsin broadcasting. This award is for those who unconditionally support their stations and community.

Profiles of these and past Local Broadcast Legends can be found at the Wisconsin Broadcasting Museum website.

Because of the COVID-19 pandemic, this year’s honorees will be recognized during the 2021 WBA Summer Conference at the Blue Harbor Resort in Sheboygan.

The 2020 WBA Hall of Fame inductees will be announced Wednesday.

Our 2020 Local Broadcast Legends honorees are as follows: 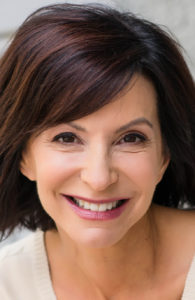 Karen Dalessandro is among the most recognizable voices in Milwaukee radio touching generations of listeners with her energy, passion, and love of people.

Karen started her career in 1981 at a small station in Michigan while still attending radio school. She moved to Milwaukee in 1998 when she was offered the opportunity to become morning host on country station WMIL-FM. She was, at the time, the host of one of only a handful of female-led morning shows in the nation. Awarded Broadcasting Personality of the Year by the Country Music Association in 2001 and 2015, Karen was inducted into the Country Radio Hall of Fame in 2015. In 2017 she moved to afternoons on WKTI-FM and in 2019 joined WKLH-FM as afternoon host.

Karen’s community efforts are countless. She co-hosted the annual Child Abuse Prevention radiothon that has raised an average of $300,000 a year. She raised thousands more for the same cause when her show took over the new Miller Park, and later the Fiserv Forum, to sit in every seat in the new stadiums. As founder of Karen’s Check Up for Chicks, she provided hundreds of breast cancer screenings for women in need.

In her more than three decades on the air, Karen has lived up to her reputation from her peers as the “gold standard of excellence in the broadcasting industry.” 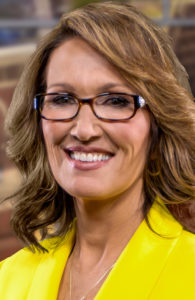 Erin Davisson inspired television viewers in the Green Bay market with her persistence and professionalism in the face of a health crisis that nearly took her life.

Erin started her career in 1982 as a radio news announcer at WSPT-FM and WXYQ-AM in Stevens Point. She also worked at WSAW-TV in Wausau as a news anchor and reporter before joining WFRV-TV in 1988.

It was after that move that Erin staged a public battle with Wilson’s Disease, a rare and potentially fatal genetic disorder that prevents blood from clotting. She suffered three life-threatening episodes of internal bleeding. After medications failed to reverse or control the illness, a successful 13-hour liver transplant operation in 1990 saved her life.

Erin shared every step of her journey with her television audience in the hopes of promoting awareness of organ donation and transplants. She remains an advocate for the organ donation program.

Erin has won numerous awards for her excellent journalism and is a mentor to young journalists just starting their careers.

Erin’s peers say, “Her kindness, professionalism, and love for our business continues to be an inspiration to us and to others in the community to strive to follow their dreams even when things go wrong in our lives.”

She will retire in fall 2020 after 37 years in broadcasting and 32 years at WFRV-TV. 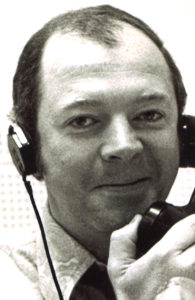 Peter Murphy (1935-2015) had a long career in radio highlighted by his distinction of hosting the first live radio talk show by telephone in the nation and a reputation for vigor and success.

In 1957 Peter met a farmer in Hartford who had pulled over to help with a flat tire. After hearing Peter’s voice, the farmer asked him if he wanted to be the voice of his basement radio show and Peter accepted.

Peter started at WKTL in Sheboygan and stayed for a year before moving to Eau Claire in 1958 as program manager at WEAQ. In 1960 he took over as the host of a morning talk show named The Party Line, later referred to as The Peter Murphy show by his listeners. He hosted this show for 30 years. He interviewed people from all walks of life including numerous celebrities, politicians, athletes, astronauts, and from his local community. More than 7,000 interviews took place from Peter’s booth. He was the voice of his people.

Peter’s greatest achievement was his five minute live, in-air, radio show from a Blue Angels fighter jet in 1976. In radio history, no other broadcaster can claim this same accomplishment.

A mentee to Peter once said, “Peter expected much of himself, inspiring the rest of us to match or at least catch the daily routine of success, self-confidence, and loving enthusiasm for the job that lay ahead of him.” 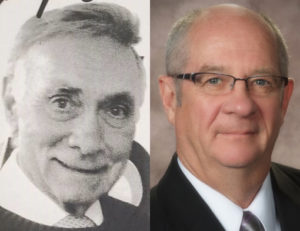 Bill McCollum and John Moser are institutions in Beaver Dam whose decades-long work has exemplified how committed radio personalities and leaders can have an immeasurable impact on a community.

“Uncle Bill” has been with WBEV and WXRO for 57 years with 43 years hosting The Morning Show, connecting with listeners on a personal level. Over the years he has accepted all opportunities to volunteer and he continues working at the station in retirement. He was the top biller in the sales department for 50 years. In 2017, the road on which the stations are located was renamed Bill McCollum Way.

John has been with the stations for 47 years. Over the years he served as news director, program director, sales manager, and finally as general manager. He is semi-retired but still co-hosts The Morning Show and continues to lead by coaching teammates across Good Karma Brands. John was named Beaver Dam’s Citizen of the Year in 2016 and continues his involvement in the community in a number of leadership roles.

Both Bill and John were involved in numerous station initiatives to help raise money and awareness in the community, including the annual Children’s Radiothon which has raised $1.9 million over the years.

WBEV/WXRO General Manager Ryan Gabel wrote of Bill and John that, “Their localism and impact are felt by everyone who works at the station, our listeners, and those in the Beaver Dam community.”