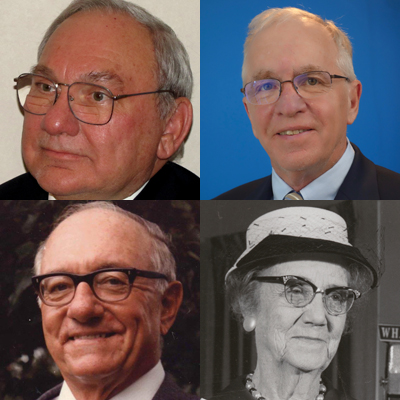 The first 12 members of the Hall of Fame were inducted during the 1989 WBA Summer Conference. Since 1989, 144 outstanding broadcasters have been honored with Hall of Fame inductions.

We hope to see you all at the 2019 Hall of Fame festivities at the Osthoff Resort in Elkhart Lake on June 13. The event will begin with the Hall of Fame Reception at 5 p.m., with a banquet in honor of the inductees, and the inductions following at 6 p.m.

More about this year’s inductees: 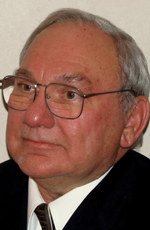 Clif Groth’s engineering expertise has touched countless radio stations throughout Wisconsin and the Midwest. For 60 years, he has dedicated himself to building and rebuilding radio studios and towers and establishing a reputation as a dependable, dedicated, and well-respected broadcast engineer.

Clif showed an interest in broadcasting at an early age and took his first engineering job in 1958 at WTTN in Watertown before he graduated from high school. In 1965 he started his own contract engineering business named Broadcast Electronic Service, which was later sold to Goetz Broadcasting. He was instrumental in the development of the Goetz Farm Radio Network and the statewide network for Marathon Sports.

Clif served numerous employers during his career while constantly demonstrating his commitment to the broader industry. Clif served on the WBA Broadcasters Clinic Committee for 20 years and has been an SBE member for 40 years. He is recognized for keeping himself relevant through constant training throughout his career. As a member of the engineering community, Clif has always been quick to loan services or equipment to help an engineer, even if it’s a competitor. His peers say he’s “always there.” 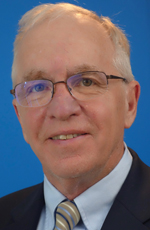 Dean Maytag is passionate about  broadcasting and has been dedicated to television, local programming, mentoring, and community service in Wisconsin.

Dean started his career working at television stations in Iowa and Illinois before coming to WTMJ-TV in Milwaukee in 1978 as production manager and has remained in southeast Wisconsin. At WTMJ-TV, he created “On-line Video,” one of the largest video production facilities in the state.

In 1988, Dean moved to WISN-TV as Director of Broadcast Operations. Under his direction WISN-TV produced over 500 local specials, including live debates, public affairs programming documentaries, and news specials. He won several Emmy Awards and numerous commendations for his service to the Milwaukee community. May 10, 2014 was declared “Dean Maytag Day” in Milwaukee.

Dean served the WBA as Chairman of the Board in 2013 and continues his involvement with work in education, mentoring, and the WBA Awards. He was instrumental in creating the original concept for the WBA to promote Wisconsin Honor Flights.

His peers describe Dean as a consummate professional with a great love of broadcasting. 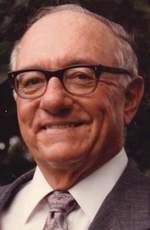 David L. Nelson (1921-2017) was a well-respected leader whose dedication led to a long and influential career in broadcasting.

From 1953-1962 David was employed by both the Green Bay Newspaper Company and Post Corporation of Appleton where he served as CFO and as a director of both corporations. When the companies parted in 1962, David devoted his interests solely to Post Corporation. There he served as a director and COO and CFO until 1984 when the corporation was sold. David was executive vice president and COO when the firm was sold.

David never retired. He had ownership in Holiday Travel Service of Eau Claire and Winnebago Color Press in Menasha. He served as an officer and director of these firms until his death.

David is described as a strong, tough, and caring leader. He had high standards, wouldn’t take shortcuts, and had a loyal group of people who worked for him.

His dedication to his community culminated in a $100 million gift from his estate to Community Foundation for the Fox Valley Region. 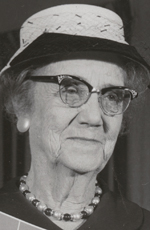 Fannie Mason Steve (1877-1969) was a teacher, musician, mentor, and tireless advocate for the joys of exercise and life. At the age of 55, after decades as a classroom teacher, Fannie launched a pioneering broadcast career focused on early childhood education. She spent 35 years teaching music and physical education on WHA’s School of the Air, engaging young listeners with just the sound of her voice and a piano.

Fannie grew up in a musical family and started as a teacher in Madison public schools. In 1931 she joined WHA and launched “Rhythm and Games.” The show featured music and activities to inspire imagination, healthy habits, and group spirit. She had a radiant voice that captivated her young listeners.

“Rhythm and Games” was heard by more than 60,000 children each week and was also later broadcast on WHA-TV. She was also an advocate of women’s rights saying, “a chance to live her own life – which infers a chance to do as she wishes – is the right of every woman.”

Fannie received numerous awards including the 1962 McCall’s Golden Mike Award for “outstanding service to the youth of America.” She retired in 1966 at the age of 90.