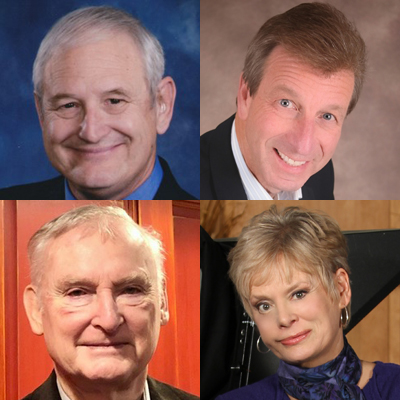 The first 12 members of the Hall of Fame were inducted during the 1989 WBA Summer Conference. Since 1989, 148 outstanding broadcasters have been honored with Hall of Fame inductions.

Four broadcasters will receive this prestigious honor in 2020. They are: Thom Gerretsen, Wayne Larrivee, Jack Mitchell, and Nancy Zieman.

The 2020 Hall of Fame festivities have been postponed because of the COVID-19 pandemic. The WBA expects to honor the 2020 honorees at the 2021 Summer Conference at Blue Harbor Resort in Sheboygan.

More about this year’s inductees:

The respected journalism practiced by Thom Gerretsen touched millions of lives during his long career covering news and sports in Wisconsin. His writing and his voice were on the air in every market across the state.

Thom started his career in 1974 at WCLO-AM and WJVL-FM in Janesville. In 1975 he was named news director at WPDR-AM and WDDC-FM in Portage. He joined Goetz Broadcasting in Marshfield in 1978 where he served as assistant news director before being named news director in 1986. He contributed to networks that delivered news and sports content to many of the top radio stations in Wisconsin. He interviewed presidents and sports legends and covered many Wisconsin sports teams, including the Green Bay Packers.

Thom’s philosophy was to “provide more local news to the community than any other station in the surrounding markets.” His stations were known for having the story first. News directors from around the state called Thom “the best in the business.”

Thom joined Wheeler News Service in 2002 as chief editor where he wrote dozens of news stories each day that were distributed statewide.

Thom’s high-caliber journalism skills, suburb writing style, and reputation for accuracy earned him the trust of his listeners and the respect of peers throughout Wisconsin. 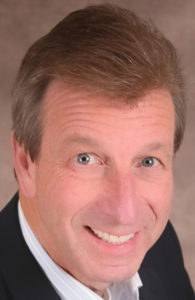 As the “Voice of the Green Bay Packers,” Wayne Larrivee’s voice is synonymous with the Green and Gold for Packers fans across the country. Wayne completed more than 20 seasons calling play-by-play for the Packers as part of his more than 40-year career as a broadcaster in the NFL.

Wayne began his radio career in 1975 at KGRO Radio in Pampa, Texas. From there he moved to KSTT radio in Davenport, Iowa where he announced University of Iowa football games, minor league baseball, and high school basketball. Wayne got his big break in the NFL as the “Voice of the Kansas City Chiefs” from 1978 to 1984. He called the plays for the Chicago Bears for 14 seasons and also called games for the Chicago Cubs and college basketball. Nationally, Wayne worked 12 years as a football and basketball play-by-play announcer for Westwood One.

He joined the Green Bay Packers in 1999.

Wayne has numerous awards, including honors from his alma mater, Emerson College, and the Illinois Broadcasters Association.

Wayne became known for punctuating a Green Bay Packers winning play with the phrase, “There’s your dagger!” His legendary play calling abilities and commitment to Green Bay has won him the adoration of Packers fans everywhere. 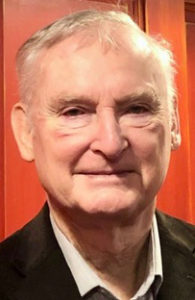 Jack Mitchell’s contributions as an innovator and leader left an indelible mark on public radio in Wisconsin and across the country. The innovations he brought to public radio transformed it to the valued service it is today and foresaw the changes technology would bring to radio.

Jack was the first employee of National Public Radio in 1970 and the first producer and newscaster for its seminal program, All Things Considered. He served as director of Wisconsin Public Radio from 1976 to 1997. During his tenure, WPR grew from 10 stations to 20 stations and greatly expanded its audience. He oversaw the development of numerous WPR programs that aired nationally.

In 1986, Jack opened six regional WPR offices across the state to provide local content. In 1991 he created the Ideas Network to compliment the NPR News and Classical Music Network. The public affairs network was the first of its kind in the nation and positioned WPR for the era of multi-platform audio content.

After leaving WPR, Jack joined the University of Wisconsin faculty and authored two books about the culture and history of public radio.

Jack enhanced and grew WPR’s service to Wisconsin residents and extended its commitment to the Wisconsin Idea. The influence of his leadership on public radio in Wisconsin and across the nation will be felt for generations. 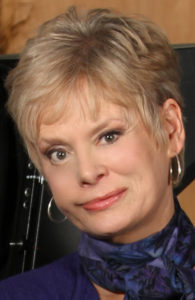 Nancy Zieman (1953 – 2017) hosted the longest-airing sewing series on television as part of her career as an author, designer, businesswomen, TV producer, blogger, and national sewing authority. As host of her popular show Sewing with Nancy, she shared her love and talent for sewing with millions of viewers across North America.

Broadcast since September 1982, Sewing with Nancy is the longest-running sewing series on television. The first programs that aired on cable TV were videotaped in Nancy’s home with a camera crew of one person. She developed the scripts, sewed the samples, and taped the programs. In 1982, her program became a co-production with PBS Wisconsin eventually airing on 223 public TV stations in all 50 states.

Humble and quiet by nature, her viewers saw Nancy as a friend who could provide companionship, encouragement, and a connection to the past. She provided decades of creative inspiration to her dedicated sewing and quilting enthusiasts.