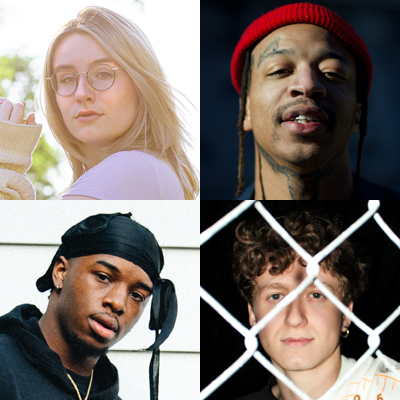 Four musicians have been selected to participate in an accelerator program with $20,000 in grants called Backline, which is a grant and educational initiative of Radio Milwaukee (WYMS-FM) and gener8tor.

The cohort is the fourth selected by Backline for the 12-week program. The program began in March 2018.

The spring 2020 Backline artists are:

Program Director Mag Rodriguez said Backline decided to go forward with the new cohort despite COVID-19, in part because musicians are struggling during the pandemic. The program has been modified because of the pandemic.

“We’re trying to maintain as much normalcy as we can despite the pandemic,” he said. “The program had to make adjustments, of course, all meetings switched over to virtual, including what would have taken place during trips to New York and Los Angeles in past programs.”

Due to the pandemic, Backline has decided not to hold a fall cohort and instead will run a program for alumna of all the accelerators. The alumni program will include one-on-one staff meetings, virtual connections with new mentors and other resources, he said.