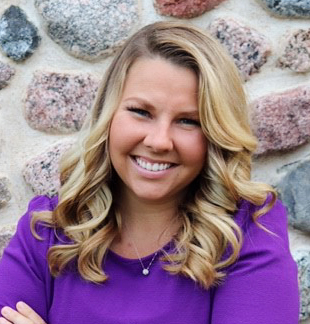 Hannah Mohelnitzky went to the University of St. Thomas in St. Paul, Minn. for broadcast journalism. She interned at WCCO-TV, KSTP-TV, KDWB-FM and worked intensely to run her student media TommieMedia.com. Hannah got her professional start at WSAW-TV/WZAW-TV in Wausau, Wis., where she anchored weekday mornings, weekday evenings and launched a new broadcast and station after Gray Television acquired the FOX affiliate in the market. Hannah then worked for WMTV-TV in Madison, Wis. as a weekday morning anchor, midday anchor and re-launched the station’s investigative brand “NBC15 Investigates,” until about a half a year ago when an opportunity presented itself for Hannah to use her journalism skills in a new way. Hannah now works for the City of Madison Engineering Division as a Public Information Officer, a position newly created for the division.

While “public information officer” doesn’t sound like “news anchor” or “tv reporter,” it’s a career move that has immersed Hannah more in media than ever before. In this video, she shares not only ways to get more out of your sources (like her!) who’ve worked in the news industry, but also how to glean enterprise stories and use tools already available for easy, promotable pieces. While Hannah is now the spokesperson for the Engineering Division for the City of Madison, she also takes pride in working on establishing relationships even further with broadcasters by being the glue and open line of communications between broadcasters and city government– a need and gap she’s noticed in her new position, from a different perspective.

About a half a year ago, I transitioned into a new position for the City of Madison Engineering Division as a Public Information Officer, which doesn’t sound like journalism or news…. but I’m more involved in media now than ever.

Basically, I’m a spokesperson for the City Engineering Division, I work with ALL media daily, on every medium—print, radio, TV, digital, about all of our projects, which is a lot, because we [City Engineering] build the City. We build everything from stormwater infrastructure [flooding mitigation], street reconstruction [construction], facilities projects [ribbon cuttings, new buildings, and renovations], and to our crews who maintain all of the roads, bike paths, sewers and buildings we design. These are all topics you report on, taxpayer dollars go toward and viewers care about.

Anytime the media needs an interview, I’m the first point of contact. The reason why I explain all of this, is because it’s important more than ever to report local journalism, but to accomplish that even better than what you’re doing now, you can capitalize on people who’ve had that priority too at one point. It’s important to know WHO you’re working with, and their background, because we still get it, and we’re a resource for you.

I’ll never lose that experience, and to this day, I’m constantly using all my journalism background and skills to operate in my current position, and to help journalists in the news industry.

If you don’t know your local PIO or communications person, often it’s a great first step into getting some of the best stories, first. Right now, most news rooms want “new, now, next,” enterprise stories that impact your communities emotionally, financially and everything in between. You want them before anyone else. You want to give content you can’t find anywhere on the internet.

To get those stories, there are a few ways you can get started:

This could be as easy as setting up an Excel sheet/Google Doc for yourself as your own rolodex including:

All of this may come from one person depending on how big or small your municipality is, but worth checking in on these.

Especially if these contacts come from your medium. Chances are they get what you’re trying to accomplish, and can make your life a whole lot easier. Example: I used to be a morning anchor, I have no problem going live in the morning and I understand it needs to be visual with good visual examples, demonstrative, etc. You get it.

No. 2: Reach out to the communications people, old school style. Go back to the basics on this one, and take a page out of the old school print journalists in your community.

Meet up with those contacts we just talked about. When I first started in this position, the first journalists to connect with me almost immediately were print journalists. They wanted to meet for a quick coffee, share how they approach the beat and share what they’ve been covering. They established a relationship with me. Obviously some journalists don’t have beats, but city government should be on the forefront anyway because it impacts your viewers directly.

Also, during the coffee, learn what the comms person’s background is. Are they former newsers? Were they in radio? More digital? How are they communicating? This can help you leverage your coverage, with less work, because you won’t have to explain what you’re trying to do to someone who has never been in the industry.

These contacts are the people in the meetings, listening in. Exposed to all the story ideas.

Obviously, they’re not necessarily going to call you every time they get a story idea, but more times than not, a good comms person should have a couple of good enterprise nuggets in their back pocket in case broadcasters ask after interviews. Most likely they’ll have something. Hopefully you’re always asking, “Anything coming up I should know about?”

In other words, they’re your direct line to solid stories, and if you can maintain a good relationship with them, they can help make you shine, especially in times of fact checking and emergencies. Use them. Work with them. It’ll pay off.

Lastly, meet up with your experienced print journalists too in your market, you could gain a friend with good insight.

Grab a coffee, turn on the news, and spend a half hour subscribing. It’s easier now than ever to stay connected to these updates:

With a quick search, I found in Merrill, Wis., the City has some good mapping tools. In Eau Claire, Wis., E-updates on their home page are helpful. In Milwaukee, Wis., the City has an open data portal where you can get a number of chunks of data from liquor licenses to maps that show asthma prevalence and more. You can get story ideas from other markets, too, by checking out their maps.

Click through the data, this isn’t just for investigative journalists. This can work for everyone: assignment editors, producers, new reporters, experienced anchors. Click around, and you can find some good story ideas.

The need for accurate information has always been a foundation for broadcasters, but just know, it is also for us sources.

Get to know your local comms people, they’re your eyes and ears inside, and if you establish a good relationship and use the tools, you will be the journalist with better quality stories for your viewers.

If you have any questions about anything I talked about, want a workshop that looks more specifically at infrastructure city process that way, feel free to reach out to me hmohelnitzky@cityofmadison.com.