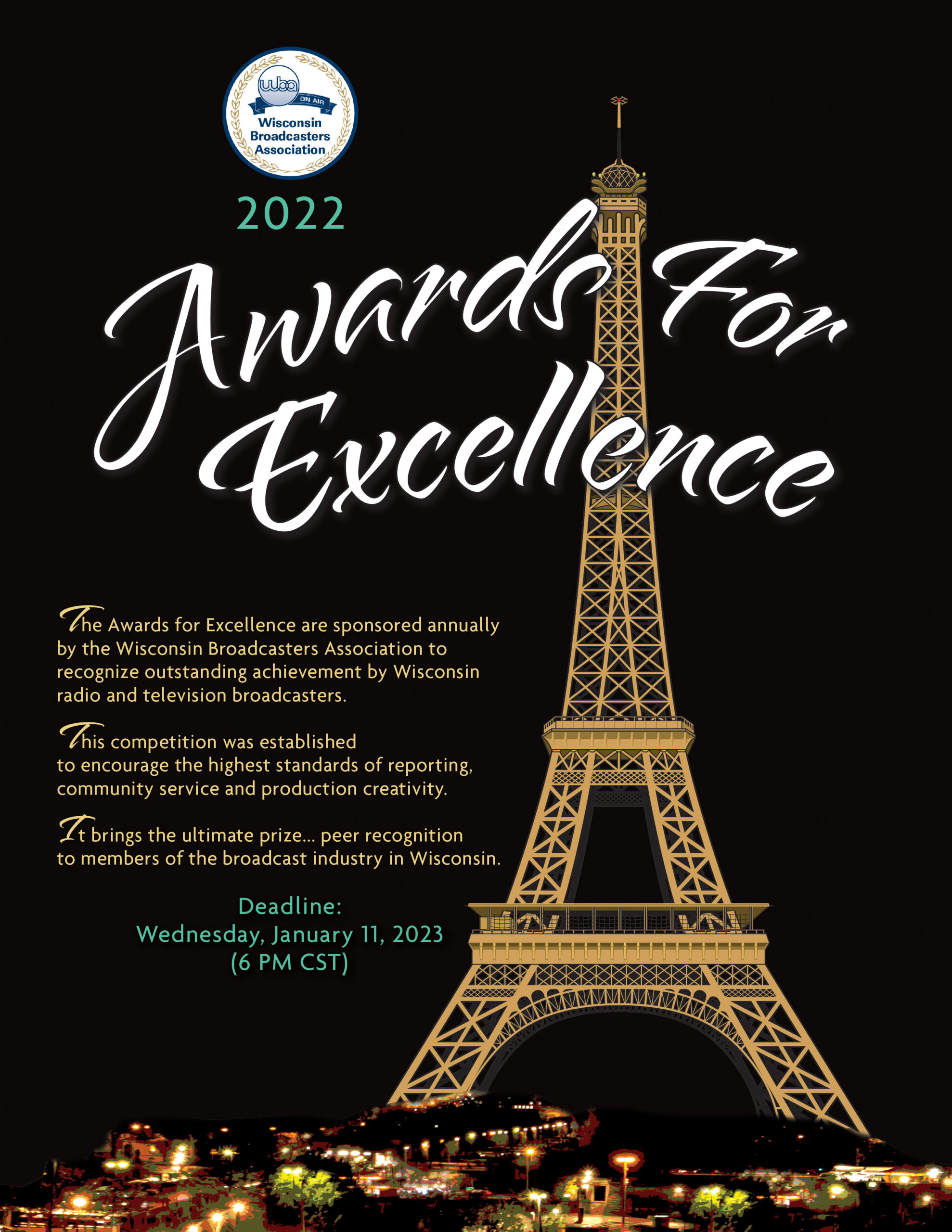 You can start submitting your award winning entries for the WBA Awards for Excellence RIGHT NOW!

Here are updates to your WBA Awards program

After a large number of ties in the last contest, including a Station of the Year Award, the committee decided the one-layer tiebreaker formula that had been used needed to be modified. A detailed explanation of how the new and improved system will work is in the Awards for Excellence booklet. Be sure to check that out, and all the rules to follow in each category to make sure you get all the credit you can for each entry.

The WBA Awards Gala will be Saturday, May 6 at the Madison Marriott West.