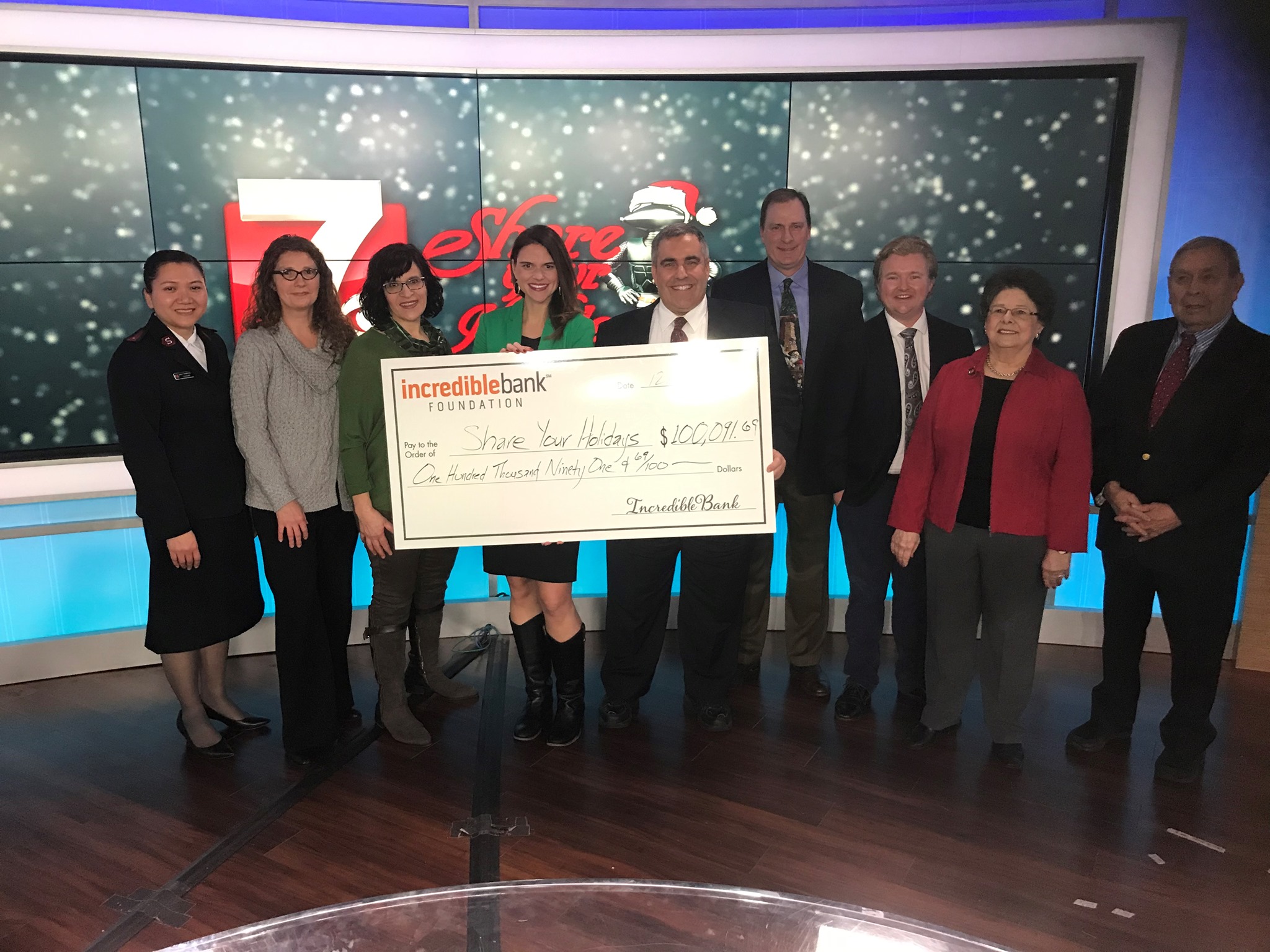 The money was donated to The Salvation Army of Wausau and The Neighbors’ Place. The total broke the previous record of $100,001 which was set in 2018.

“I’m so overwhelmed,” Jeff Thelen, WSAW anchor and campaign coordinator said. “The generosity from the people in central and north central Wisconsin just never fails to amaze me. That $100,000 will become 300,000 meals for people who might otherwise not have something to eat. Thank you so much for the donations!”

The Share Your Holidays campaign started on Nov. 29 and ended on Dec. 30. Throughout the campaign station staff participated in several events to help drive donations. On Dec. 6, staff walked along the Wausau Holiday Parade collecting non-perishable food and monetary donations. On Dec. 13, more than $2,800 was raised as station staff pumped gas in exchange for donations at a Celebrity Gas Pump event. On Dec. 18, a three-hour phone bank raised more than $7,200.

“The community response to our Share Your Holidays fundraiser is very humbling, “Al Lancaster, WSAW/WZAW Vice President and General Manager said. “We are very blessed to live in such a special place. Thank you!”

This is the 17th year for Share Your Holidays campaign which has raised more than $818,000 during its run.