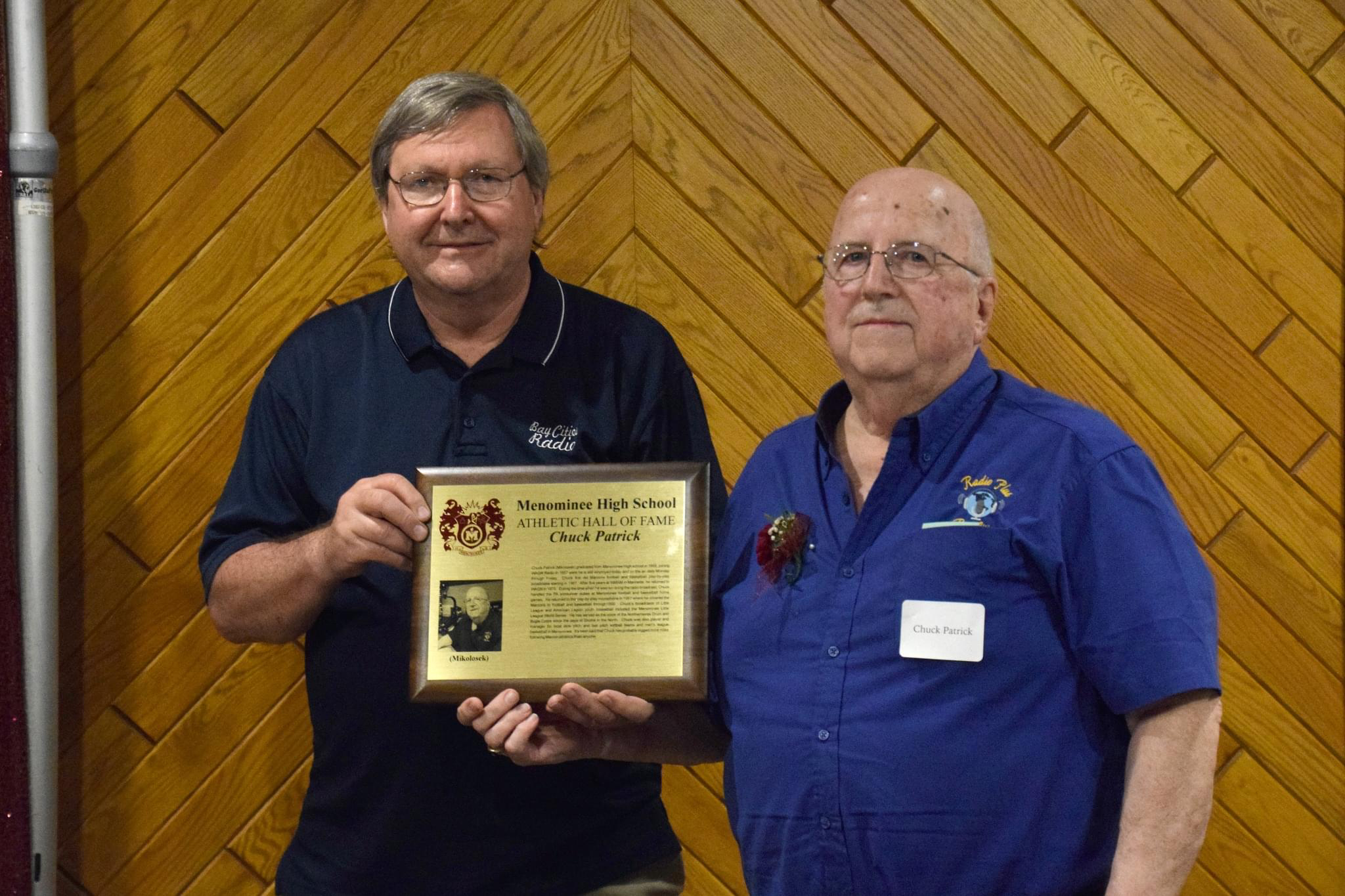 WAGN veteran broadcasters Chuck Patrick was inducted into the Menominee, Michigan Athletic Hall of Fame on May 14.

Patrick joined WAGN in 1957 and still hosts a daily morning show on WAGN and WHYB. He broadcast his first games on WAGN in 1961 and was the play-by-play announcer for the Menominee Maroons from 1983 until 1999.

In the years he was not doing the radio broadcasts, Patrick served as PA announcer for Menominee football and basketball games.

Patrick was presented with the Hall of Fame plaque by his morning show partner and Bay Cities Radio Operations Manager Jim Callow.