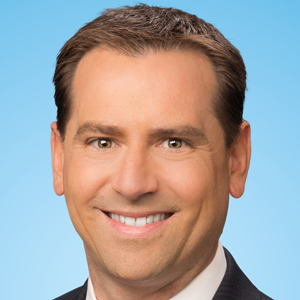 Newsradio 620 WTMJ is excited to name Vince Vitrano, longtime morning news anchor at TMJ4 News, as the new host of “Wisconsin’s Morning News,” replacing Gene Mueller, who announced his retirement after 44 years in Milwaukee radio. Mueller will retire in February 2022 as Vitrano segues into the role.

For Vitrano, the move to 620 WTMJ fulfills a lifelong broadcasting dream. “For a kid born and raised in Wisconsin, this job is like playing for the Brewers and the Bucks! Salute to Gene Mueller, who is a friend, a colleague, and someone I’ve looked up to in our business. To succeed him in this role is truly an honor,” Vitrano said. “The job presents a different opportunity while continuing with the legacy of great stations.”

“Vince Vitrano is a perfect choice to fill ‘the big chair’,” said Gene Mueller, on-air host on Wisconsin’s Morning News. “He’s a true Wisconsinite— a solid news veteran who shares the interests, sensibilities, and concerns of our listeners. I will sleep better and longer knowing Vince is there, continuing a legacy broadcast with passion, care, and integrity.”

Vitrano is an Emmy award winning reporter and anchor, joining TMJ4 in the spring of 2000 as a general assignment reporter. He has earned numerous honors from the Associated Press, the Milwaukee Press Club, and the Wisconsin Broadcasters Association. He is active in the community, on the Board of Directors for Special Olympics Wisconsin, and The First Tee Southeast Wisconsin.

Steve Wexler, Vice President and Market Manager of Good Karma Brands, which owns and operates Newsradio 620 WTMJ said, “We are excited to welcome Vince to WTMJ Radio and are thrilled that WTMJ’s tradition of excellence, community service and news, both in TV and radio, continues today. As we thank Gene for his amazing career and contributions, we can’t wait for Vince to lead us forward.”

Joe Poss, Vice President and General Manager at TMJ4 said, “We are thrilled for Vince. It is not a goodbye for TMJ4, as we have been a news partner to 620 WTMJ since the dawn of local television. This is an opportunity for a colleague and friend that we support and celebrate. Don’t be surprised if you continue to see Vince on TMJ4 News from time to time, even with his new role down the hall in radio. Congratulations to Vince and WTMJ.”

WTMJ-TV (owned by E.W. Scripps) and WTMJ Radio (locally owned by Good Karma Brands) are broadcast partners, and both stations are located at Radio City in Milwaukee. In 2022, WTMJ Radio will re-locate to downtown Milwaukee.