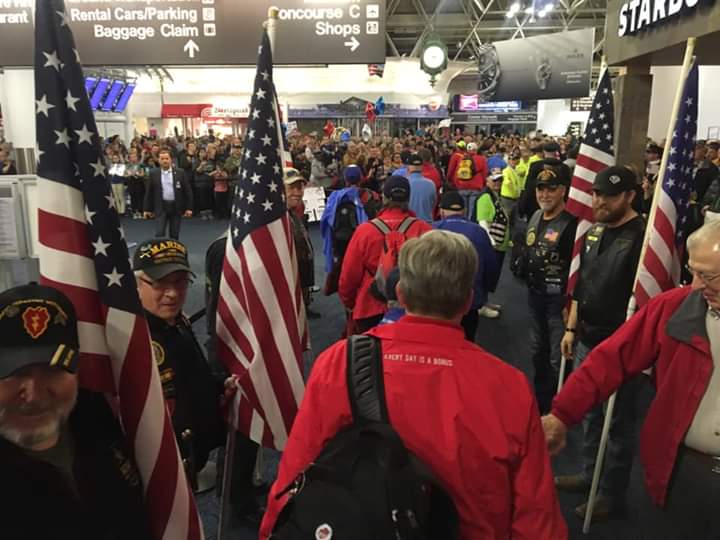 WISN-TV’s viewers in the southeast Wisconsin provided enough contributions to sponsor a plane on the latest “Stars and Stripes Honor Flight,” so that local veterans can take a life-changing trip to Washington D.C.

Saturday’s flight followed a fundraising phone bank in May 2019 in which the station was able to raise nearly $60,000 for the program. This “Stars and Stripes Honor Flight” departed from General Mitchell International Airport with 120 veterans. It included two planes, one sponsored by WISN-TV. It was the seventh and final trip of 2019.

“These veterans have honorably served our country and have sacrificed so much for us,” said Jan Wade, president and general manager of WISN 12. “We’re lucky to have a community that continually steps up to acknowledge their service and help provide them with this meaningful experience.”

While in Washington D.C., the veterans visited the War Memorials, Air Force Memorial, Iwo Jima Memorial and the Changing of the Guard Ceremony at Arlington National Cemetery. On their return flight, they received a ‘surprise’ mail call and upon return to Milwaukee were welcomed at General Mitchell International Airport with a homecoming celebration with thousands of cheering family and friends.

“Stars and Stripes Honor Flight means so much to all of us here at WISN 12,” said Ben Lorber, director of programming and public affairs for WISN 12. “From the veterans, to their loved ones, to those who welcome them home following the flight, it’s an unbelievable experience. We’re deeply grateful that we get to play even a small part in this transformative trip.”