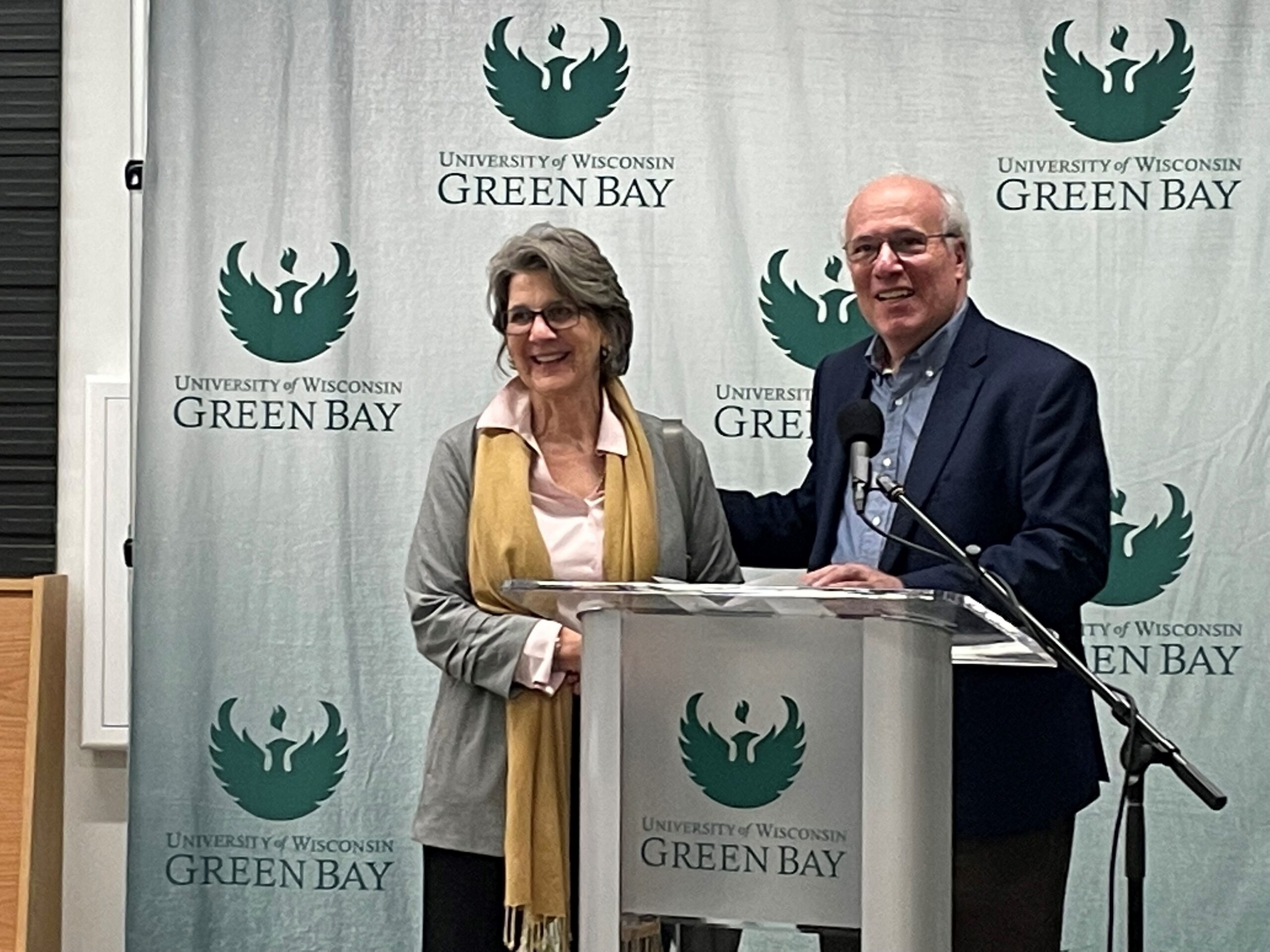 The University of Wisconsin-Green Bay has a new broadcasting studio named for Harvey Arnold, a UWGB alumnus who’s now the Vice President of Engineering for Sinclair.

Sinclair Broadcast Group, the parent company of WLUK FOX 11 and WCWF CW 14 in Green Bay, provided a donation toward the studio.

“We are proud to recognize Harvey with the naming of UW-Green Bay’s newly renovated TV studio, which will now be called Arnold Broadcast Studio,” said FOX 11 and CW 14 General Manager Jay Zollar at a celebration Oct. 10.

The name came as a surprise to Arnold.

“The 1975 UW-Green Bay graduate now has nearly five decades under his belt and is considered a pioneer in the broadcast industry,” Zollar said.

Arnold and others helped fund a scholarship called the Gary Mach Excellence in Media Fund to help individual students.

“I feel kind of shocked,” Arnold said. “I didn’t expect this kind of naming opportunity, I thought we were just fundraising.”

Arnold reminisced on his time here and says things were very different when he attended the university.

“There weren’t computers at all, there wasn’t cellphones, it was just different technologies in 1973 or so,” Arnold said.

Arnold is excited about the opportunities students will now have.

“This could become a very, very important tool for teaching students how to operate broadcast equipment, how to become more involved in the journalistic field,” Arnold said.

“Harvey really is one of the most well-respected people in this industry. It really is a privilege to be here for him and represent Sinclair,” said Del Parks, Sinclair’s President of Technology.

“We would love to have some of these graduates work for Sinclair stations,” Parks said.

The university hopes to have the Arnold Broadcast Studio open for student use this spring.

“The space is designed for them to do everything audio visual,” said Danielle Bina, UWGB associate teaching professor of communication. “We have labs, we have audio production rooms, we have a television news set, this beautiful studio.”

Aside from the new studio, there are many other new things students will now have access to.

This article was provided by WLUK-TV.

The entire renovation of all the new media spaces on campus cost $5.7 million. The amount of Sinclair’s donation was not disclosed.