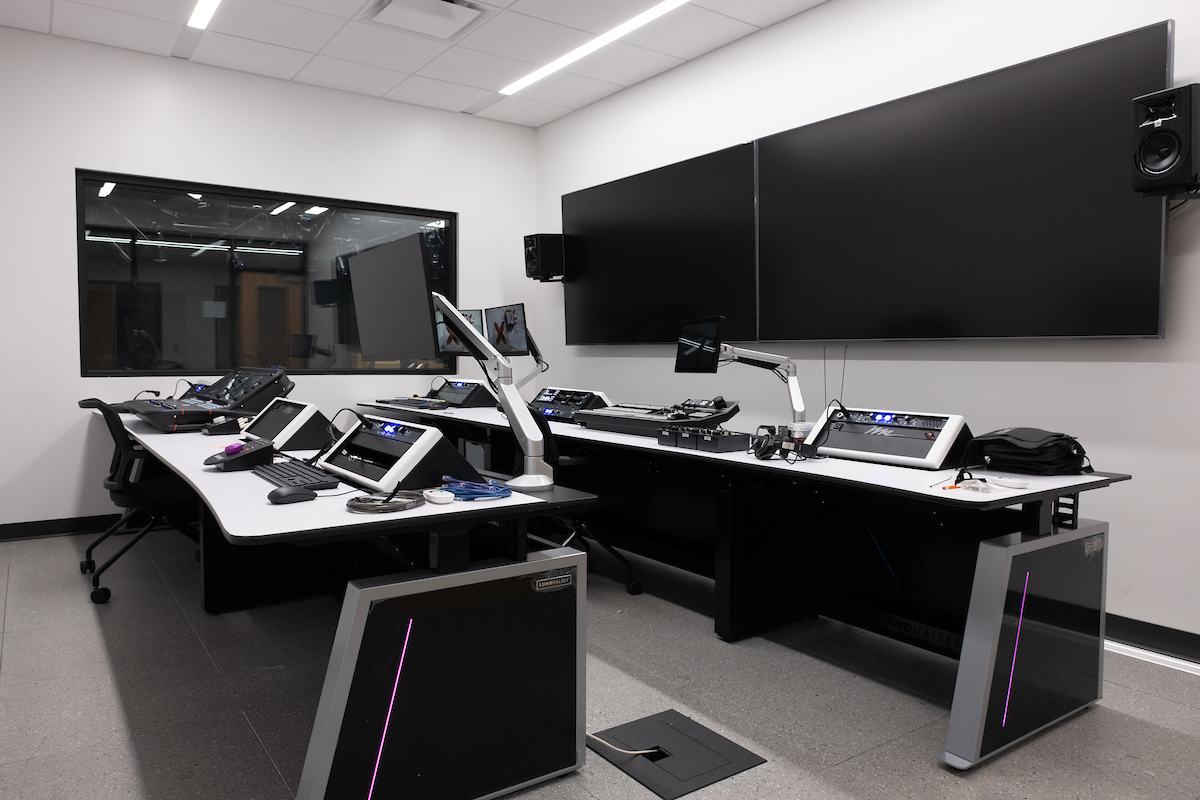 In 1969 with the beginning of the University of Wisconsin-Green Bay, along came Educational Communications and the Center for Television Production. The TV studio remained in operation for many years and had ties with Wisconsin Public Television as well. In 2002, the center was closed down and began operation as a non-profit video production facility called Educational Television Productions of Northeast Wisconsin. The production center ran for many years in the Instructional Services building at UW-Green Bay. Eventually it too closed and production was moved over to CESA 7.

The studio space and equipment was turned over to the campus. It was a classic mix of standard definition equipment including three-quarter inch decks, Betacam, one inch tape, and DVC-Pro. The BTS cameras and early 1970’s Kliegl lighting system were used only for instruction and campus video.

The campus continues with video production and radio broadcasting with a new Communication Department Media Hub. The new production center hosts HD video cameras, one touch recording systems, multi-track audio production, voiceover booths, and student radio. An LED lighting system is included along with a new console. A digital radio station, save for the needed Technics turntables, is right next to the TV area.

The TV studio has professional level equipment such as Allen Heath, Ross Video, Hitachi cameras, and Libec tripods. The radio area has an Arrakis audio console and EV20 microphones.

The equipment will be used for campus productions, classes on campus, student podcasts, and other needs by faculty, staff, and students. With numerous cases of supply chain delays, we are moving ahead albeit a bit slower than hoped. We are working with various campus departments to help them produce high quality video for all to see.