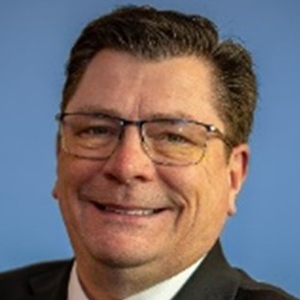 “Peter has worked with and learned the business of broadcasting from Duke for over 35 years,” said company Board Chair and Duke’s partner of 50 years, Pegge Wright. “He is well respected throughout our company and is the best choice to lead Midwest to future success the way Duke wanted.”

Another long-time company leader, Vice President of Programming Jeff McCarthy said, “Peter and I joined Duke Wright at the same time and have been his students for nearly four decades. Peter has the clear vision to successfully lead our company and continue Duke Wright’s mission of providing high quality entertainment while masterfully serving the local market.”

Tanz joined Midwest Communications in the sales department of WIXX, Green Bay in 1985. Just more than two years later he was promoted to his first general manager’s position for WRIG and WDEZ in Wausau. From Wausau, Tanz lead Midwest stations in Nebraska, Michigan, North and South Dakota before returning to Green Bay in 2016 as Senior Vice President and Market Manager.

Chief Sales Officer, Jeff Wright said, “I am so proud of Peter as our new President. He clearly is the most qualified for this position and the future of Duke Wright’s Midwest Communications is in confident hands. It goes to show you that you don’t need the “Wright” last name to be part of the family as we have always considered Peter as one of the family.”

Tanz currently serves on the NAB’s Small & Medium Market Radio committee, Board member of the South Dakota Broadcasters Association, and past chair of the Michigan Association of Broadcasters.

Midwest Communications, Inc. owns and operates 81 radio stations in nine states and is headquartered in Wausau. With more than 550 employees, the company is one of America’s largest privately held, family operated radio broadcasting companies.