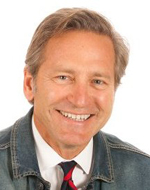 The head of Entercom stations in Madison and Milwaukee, Chuck Sullivan, has been named Senior Vice President and Market Manager for Entercom Denver.

Sullivan will take his new position on Feb. 3.

“Chuck is a driven and talented leader who has had great success leading Entercom’s Madison and Milwaukee markets,” said Doug Abernethy, Regional President, Entercom. “We are thrilled to have Chuck lead the Denver market and look forward to seeing its continued growth under his guidance.”

“I’m incredibly honored to have been tapped to lead a third market during my time at Entercom,” Sullivan said. “The Denver market consists of five strong, creative stations that our listeners turn to on a daily basis, and I’m excited to help lead the charge as we develop new ways to connect with our audience and continue delivering exceptional content.”

Sullivan serves on the WBA Board of Directors.