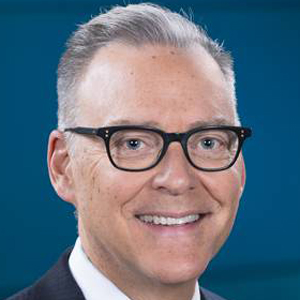 After four decades in broadcasting, WMTV-TV Evening Anchor John Stofflet will step down from his role and sign-off for the final time in June 2023.

Stofflet shared his plans with viewers on June 30 and with station management and co-workers in May. His retirement next summer will come as John celebrates 40 years in television news.

“It’s difficult to imagine leaving a career that has been so rewarding over the past four decades. I’ve had the opportunity to travel the world on assignment, witness historic events as they’ve unfolded, and meet and share the stories of so many extraordinary people,” Stofflet said. “Serving the people and communities of southern Wisconsin has truly been a privilege, and I look forward to continuing to do so over the next 12 months.”

“John Stofflet defines what every general manager looks for in an evening anchor,” said Don Vesely, WMTV NBC15 Vice President/General Manager. “News is not about opinions, but about informing viewers with facts. When the facts are not present, John leads the charge to find them. John has been a cornerstone to our evening coverage for over 17 years. His calm during moments of turmoil eased all those associated with a news story. John has never made the job about himself, and because of that, has made every NBC15 reporter and anchor better at their craft. John will be missed by all of southcentral Wisconsin,”

Stofflet’s television career started in Madison in June 1983, when Ronald Reagan was in the White House, “Every Breath You Take” by The Police was the No. 1 song on the radio, and a gallon of gasoline cost $0.97. He is a Middleton native and graduate of the University of Wisconsin-Madison’s School of Journalism. After many years reporting in Madison, Stofflet made the move to Seattle, where he worked for nearly two decades at KING-TV, the NBC affiliate, and also at the National Geographic Channel as a freelance correspondent. Stofflet returned home to Wisconsin and NBC15 in May 2005 to be the station’s main evening co-anchor.

“It’s truly a gift to be able to leave a job while I still love it, and then to enjoy other facets of life in retirement while I’m able to do so. In the meantime, I look forward to one final year of bringing you the news, and sharing time together through our NBC15 newscasts each evening,” Stofflet said.

Stofflet has shared the stories of southcentral Wisconsin and stories from all corners of the Earth. He has traveled on assignment to all seven continents and more than 40 countries. He is a 25-time Regional Emmy Winner and has won numerous other honors and accolades from the Wisconsin Broadcaster’s Association and also the Radio, Television, Digital News Association. Most recently, the RTDNA recognized Stofflet with a 2022 Regional Edward R. Murrow honor for Excellence in Writing. The entry included three of his “Making A Difference” stories.

Through the years, Stofflet has championed the work of the station and local non-profits alike. He’s actively led station initiatives, including NBC15 Share Your Holidays for Second Harvest Foodbank, the NBC15 Community Diaper Drive, and Take Your Brat to Work Day (the official kick off to Brat Fest). He has also represented NBC15 at numerous community events, volunteers his time, and serves on the board of directors of the Badger Childhood Cancer Network and the Alzheimer’s and Dementia Alliance of Wisconsin.

“We will celebrate John’s decision over the next year. He is the real deal on-air and off and never compromises his integrity—or the station’s—for a story,” said Jessica Laszewski, WMTV NBC15 News Director. “The genuineness that viewers see each evening is real. That extends behind the scenes, where he is a newsroom leader and mentor to so many on our team. He’s had a real impact on our community and young journalists, in particular.”

Stofflet currently lives on Madison’s east side with wife, Anna. He is the proud father of two children, his son Taylor and daughter Kaia.