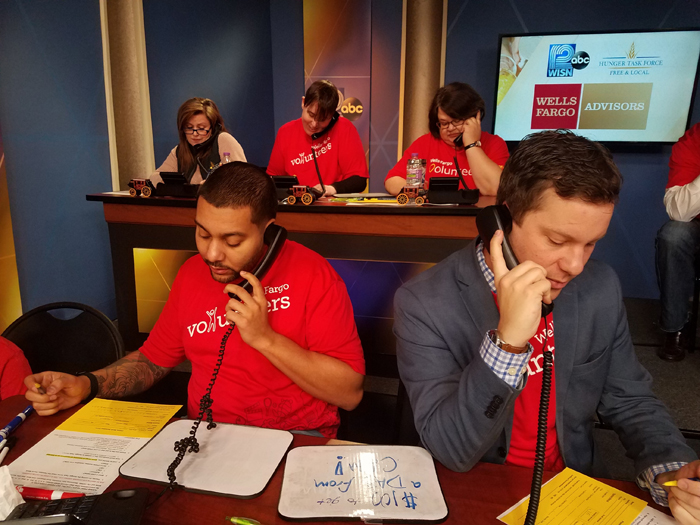 WISN-TV partnered with Hunger Task Force for the “Food For Families Phone Bank” which is in its eighth year. The campaign ran Nov. 26-27. WISN-TV journalists, public officials, and more than 60 volunteers accepted donations.

On top of the viewer donations, Walmart contributed $10,000 to the fundraising effort. Wells Fargo Advisors provided staff to answer phones and a $20,000 matching gift, and Rexnord provided volunteers and matching turkey donations.

The campaign generated enough for more than 1,000 holiday meal boxes to be provided by the Hunger Task Force to families in need.

“The outpouring of caring and support from our community is incredible,” said Jan Wade, president and general manager of WISN 12. “People generously open their hearts to help those in need, and it’s inspirational to see.”

Since 2014, over $825,000 has been raised for families in need across Milwaukee and its surrounding areas.