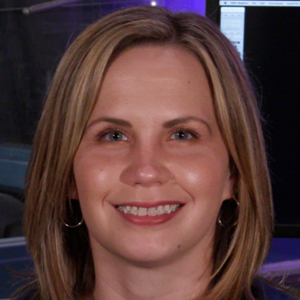 It’s hard to believe that summer is over, and we’re now heading into the most exciting season of all…award season! It’s time to dust off the ole spreadsheet and review what creative, excellent work your station produced this year. Though let’s not get ahead of ourselves, there is still plenty of time to create award winning content.

As we look ahead to award season, the WBA Awards Committee is already working hard to plan the 2023 Gala, an evening in Paris.

A couple points to keep in mind:

A significant adjustment this year is the merging of the ‘Social and Digital Media Station of The Year’ Award category with the respective television, radio news and talk and radio music divisions and used to determine the major ‘News Operation of The Year’ and ‘Station of The Year’ Awards. Instead of having separate ‘Social and Digital Media Station of The Year’ awards, the points from those categories will instead be merged into the other station of the year awards. With the exponential growth of social and digital work in radio and TV, the standalone social and digital station of the year awards have evolved from being a new, experimental part of broadcasting to an essential, everyday part of broadcasting and should be weighed with the station’s overall work.

Snippets. Per the official rules you are encouraged to select a :15 second snippet of your entry that will be used for the video/audio montage should your entry receive a first-place award. If you don’t identify a snippet, the first :15 will be used. An often-posed question is if you should submit snippets for short pieces of work, such as promos, commercials, and PSAs. The short answer is no, if you are ok with the first :15 seconds being played when you win first place. My advice would be to skip the snippets all together for these pieces and for anything else you feel comfortable with the first :15 seconds being played. Often the first part of the piece is very engaging, and what a time saver! With all the time you will save not clipping snippets you can submit your entries early and not risk having nightmares about missing the entry deadline.

The WBA Awards Committee will be meeting and planning from now until May 6, 2023. Meanwhile, enjoy the crisp air, fall leaves as they change color, pumpkin spice lattes, and stay tuned for details about next year’s gala when we whisk you off to Paris.